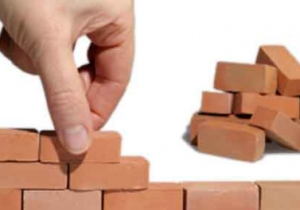 This is the second of a two-part study of Acts 3:19–21. This is an important passage from dispensationalists and premillennialists as they attempt to find some New Testament confirmation of their view of Israel. It is also an important passage in itself, because of how it can easily be misconstrued.

“Therefore repent and return, so that your sins may be wiped away, in order that times of refreshing may come from the presence of the Lord; and that He may send Jesus, the Christ appointed for you, whom heaven must receive until the period of restoration of all things about which God spoke by the mouth of His holy prophets from ancient time. (Acts 3:19–21)

Now as I continue, perhaps the Jews would lament their having destroyed the only One who could bring them divine consolation — a fear much like Peter had encountered before (Acts 2:37). In order to circumvent such, the Apostles sets a promise before them. That promise is that Christ will yet come to them in salvation: ‟and that He may send Jesus, the Christ appointed for you” (Acts 3:20 NASV). It is true that He is in heaven physically away from them; in fact, ‟heaven must receive [Him] until the times of restoration of all things” (3:21). Still, there is the promise that God will send Him to them in salvation. [1] Though He is in heaven He is not beyond their reach, for He comes to dwell in those who have faith in Him (John 14:23). As the gospel is preached, the hearers discern the voice of the living Christ (Eph. 2:17).

This understanding of the ‟sending” (apostello) of Jesus in salvation is no more awkward than is the Second Advent view. Neither the wording for the sending of the Son in salvation nor for the sending of the Son in the Second Advent expressly occur in Scripture. Though in the economy of redemption it is more precise to speak of the Father sending the Spirit in the gospel (John 14:26), we must understand that the sending of the Spirit results in the coming (sending) of the Son into the believer (Rom. 8:9). And in the present context, the focus is on what they have done to Christ, who was perfectly subject to God. God foreannounced His incarnation (3:18); Christ was God’s ‟Servant” (3:13, 26), ‟His Christ” (3:18), whom God sent (3:22). Hence the unusual manner of speaking: Christ is being emphasized as One Who is subject to the Father.

This particular sending of Christ does not await His Second Advent. Why would Peter tell the Jews that if they repent today, God will send the Son thousands of years later? The Christ is being presented to them at that very moment. In fact, the exaltation of Christ forever provides for the sending of the Son to lost sinners; this is particularly true for those to whom He is speaking: ‟When God raised up his Servant, he sent him first to you to bless you by turning each of you from his wicked ways” (Acts 3:26 NIV).

Peter continues. Christ must remain in heaven ‟until the times of restoration of all things” (Acts 3:21a). ‟The word ‛until’ denotes that during these times the Lord Jesus will remain in the heavens, having been there ‛received’ upon His ascension, to the right hand of the majesty on high. This is the context. ‛Until,’ according to the lexicon, carries the meaning of, ‛continuedly, fixing attention upon the whole duration. . . .’ The force of ‛until’. . . makes the times of restitution simultaneous with Christ’s mediatorial session in heaven. He will come again not to introduce the restitution predicted by the prophets, but because He shall then have completed it.” [2]

This ‟restoration of all things” has already begun, having been instituted during the ministry of Christ. In fact, Peter informs his auditors of the events begun in their time: ‟Yes, and all the prophets, from Samuel and those who follow, as many as have spoken, have also foretold these days” (Acts 3:24). This is also clear from Matthew 17:11, where John the Baptist functions as an Elijah introducing the restoration of all things.

The restoration is a reformation that supplants the old order (Heb. 9:10). It is a process leading to ‟the regeneration” of the fallen world as a system (John 1:29; 3:17; 4:42), where Christ’s will shall be done in earth (Matt. 6:10), as His kingdom grows and spreads (Matt. 13:31-33; 1 Cor. 15:20-27). It is the fulfillment of all things ‟which God has spoken by the mouth of all His holy prophets since the world began” (Acts 3:21), as in Isaiah 2:2-4; 9:1-7; 11:1ff. Acts 3:24-25 demonstrates that ‟these men of Israel who stood listening to Peter were ‛sons of the prophets’ — not in the OT sense of the words which denoted the professional prophetic guild, but in the sense that they were heirs of the promises made by God through the prophets — promises which had found their fulfillment before their very eyes. So, too, they were ‛sons of the covenant’ made by God with Abraham, and that in a special sense, for they had lived to see the day when that covenant came true in Christ: ‛In thy seed shall all the families of the earth be blessed.’” [3]

This fulfillment progressively grows during ‟the times” of the ‟restitution of all things.” ‟The gospel blessings that were to flow from His death and resurrection must spread abroad throughout the world, and then He would return from the right hand of power.” [4] Even rebellious Israel will be re-incorporated into the kingdom (Acts 1:6; Rom. 11). Christ will not return in His Second Advent until this reformation/restoration/regeneration has overwhelmed the earth.

Tagged: Acts 3:21, restoration of all things