(Ken Gentry note: This is the third in a four-part series on the sad practice of rejecting postmillennialism on faulty grounds. Dr. Bahnsen wrote this material and Kenneth L. Gentry, Jr., has edited it and offered here. This rejection falls on its own sword in that it involves two-edged criticisms. Let’s see how this is so.)

A third infelicitous way in which postmillennialism has been disposed of is by means of (allegedly) critical considerations which in fact apply as much to the other eschatological positions as to postmillennialism. This is particularly embarrassing as a scholarly lapse. But what do we mean? END_OF_DOCUMENT_TOKEN_TO_BE_REPLACED

This is the second in a four-part series on “Misguided Grounds for Rejecting Postmillennialism.” This article was originally written by Dr. Greg L. Bahnsen, but is presented here as edited by Kenneth L. Gentry, Jr. In this article, Dr. Bahnsen considers “Misrpresentation.”

Postmillennialism has not only been discarded in this century on clearly unorthodox grounds; it has also been made a straw man so that modern advocates of the other schools of interpretation can easily knock it down and get on to other interests. The worst possible interpretation is put on postmillennial tenets, or the eccentric aspect of some postmillennial writer’s position is set forth as representing the basic school of thought. END_OF_DOCUMENT_TOKEN_TO_BE_REPLACED

Postmillennialism is perhaps the easiest eschatological system to misunderstand. And misunderstanding leads to rejection. This is the first in a four-part series on “Misguided Grounds for Rejecting Postmillennialism.” This article was originally written by Greg L. Bahnsen, but is presented here as edited by Kenneth L. Gentry, Jr. In this article, Bahnsen considers the problem of “Newspaper Exegesis.”

It must be observed that postmillennialism lost favor (and today remains held in disfavor) with conservative theologians for manifestly unorthodox and insufficient reasons. Extra-biblical reasoning, as well as lazy or poor scholarship, has intruded itself into Christian discussions of eschatology. I will highlight four misguided grounds often used for rejecting this hope-filled eschatology. In this article I will focus on: Newspaper Exegesis. END_OF_DOCUMENT_TOKEN_TO_BE_REPLACED

I am not always able to engage in theological discussion by email, due to my time constraints and the number of requests for such that I receive. But occasionally I will engage a discussion briefly. Here is one I just had with a PostmillennialWorldview reader. It regards the two-age structure of history.

I have a question to throw in the works if I may: Matthew 24:3 says ” What will be the sign of your coming and of the end of the age?”

This could mean the end of the Old Testament age. I back this up with Jesus comments on the blasphemy against the Holy Spirit, which will not be forgiven “in this age or the age to come” (Matthew 12:32.) END_OF_DOCUMENT_TOKEN_TO_BE_REPLACED

In my last article I opened a brief analysis of the doctrine of the imminent return of Christ. I began setting up the matter and also showing its problems for dispensationalism. In this article I will conclude the study.

Often dispensationalists try to distinguish between Christ’s return being imminent and its being soon. This strives to protect them against charges of date-setting. This does not protect them from the charge, however, because it is inconsistently held.
In a letter to me dated June 1, 1994, from Thomas D. Ice, Executive Director of the Pre-Trib Research Center, Ice writes: “We distinguish between imminent and soon in the sense that soon would require a near coming, while imminent would allow, but not require a soon coming.” Bundled in that very letter was his first newsletter entitled: “The Pre-Trib Research Center: A New Beginning.” The first sentence of the newsletter (once past the headings) was: “Our purpose is to awaken in the Body of Christ a new awareness of the soon coming of Jesus.” The system giveth and taketh away. In fact, in a book edited by Ice, Tim LaHaye speaks of “the soon coming of Christ.” END_OF_DOCUMENT_TOKEN_TO_BE_REPLACED

A most remarkable feature of prophetic interest is the Christian’s conviction that we are living “in the shadow of the second coming,” that we are in a “countdown to Armageddon.” We often find linked with a radical misunderstanding of the last days the doctrine of the imminent return of Christ, especially among dispensationalists and premillennialists — but also even with amillennialists.

I will deal with the question in two articles. In this one I will set up the matter; in the next one I will answer it. I will focus largely on the dispensational approach to the question. Interestingly, the doctrine of imminence is simultaneously one of dispensationalism’s most potent drawing cards while being also its most embarrassing error.

John F. Walvoord explains imminency for us: “The hope of the return of Christ to take the saints to heaven is presented in John 14 as an imminent hope. There is no teaching of any intervening event. The prospect of being taken to heaven at the coming of Christ is not qualified by description of any signs or prerequisite events.” END_OF_DOCUMENT_TOKEN_TO_BE_REPLACED 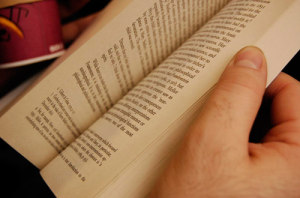 From time-to-time a review is helpful for understanding a system of thought. And basic definitions are therefore in order. This is especially true in presenting postmillennialism because it is widely misunderstood and subject to radical misconceptions. This is a particular problem for attempting to explain postmillennialism to someone who has been a dispensationalist for a long time. END_OF_DOCUMENT_TOKEN_TO_BE_REPLACED