Christmas is here, and quite appropriately it will be followed by a new year. Since Christ came to effect a new creation!

We must not forget the message of Christmas; we must take it with us in the new year God is granting us. So as we enter this season, let us consider the postmillennial hope embedded in Christmas. Unless my memory fails me, Bing Crosby sang: “I’m Dreaming of a Postmillennial Christmas.” If he did not, he should have! Whereas Elvis was apparently an amillennialist when he sang: “I’ll Have a Blue Christmas.” Which might explain the howling of the Jordanaires in the background of this song.

Postmillennialists can easily use Christmas texts to present the postmillennial hope. END_OF_DOCUMENT_TOKEN_TO_BE_REPLACED 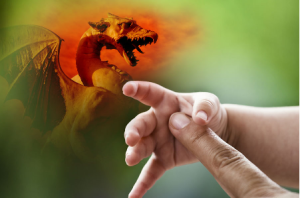 Dr. Gentry, I just got done watching your Revelation series on DVD. I just had a few questions.

I noticed you didn’t really touch much on Rev 12:4, and I’ve always been curious as to the meaning of that verse. A lot of people use it to say that when Satan rebelled he took a third of the angels with him. But that verse doesn’t seem to be talking about his rebellion at all, but rather his defeat during Christ’s earthly ministry. If that’s the case, then are there any other verse that talk about a “third of the angels”? Or is Scripture actually silent about that?

Thanks for watching my lectures on Revelation in the “Survey of the Book of Revelation” DVD set. Obviously I could not deal with every verse and every topic in the twenty-four lectures, but this is a good question and deserves a reply. Please consider the following comments on Rev 12:4. Clearly, the dragon is Satan, as John makes clear in Rev 12:9. But what does he mean we he speaks of his “tail” which “swept away a third of the stars of heaven and threw them to the earth”? END_OF_DOCUMENT_TOKEN_TO_BE_REPLACED

In this blog I have previously investigated the apparent problem involved when comparing Matthew 24 and Luke 17. See: “Orthodox Preterism and Luke 17.”

There I note that Matthew separates the local judgment-coming prophecies regarding AD 70 from the global ultimate-coming prophecies of the Second Coming and the Final Judgment. Many prominent evangelical preterist scholars recognize Matthew’s clear structure. Scholars such as:

• J. M. Kik, An Eschatology of Victory (originally published as an article in 1948)

See my blog article: Best Matthew Commentaries. Thus, this view is not “Ken Gentry’s view,” as I frequently hear from Hyper-preterists. I got it from others. It is a well-known, highly-regarded view published by a number of reputable scholars.

As I have pointed out elsewhere, this clean separation is quite evident in Matthew 24:34–36. There Matthew’s peri de (“but concerning”) narrative transition-formula shifts his attention away from the known time of his local (metaphorical) judgment-coming against the Temple (Matt. 24:2) in Judea (Matt. 24:16), which was to be in “this generation” (Matt. 24:34). He shifts his attention to “that day and hour,” which timing neither he nor the angels know (Matt. 24:36, 50; 25:13). [1] END_OF_DOCUMENT_TOKEN_TO_BE_REPLACED

OUR CHRISTMAS HYMNS ARE POSTMILLENNIAL 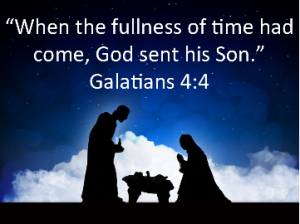 [Note: This (partial) article is reposted from the November 29, 2011 Blue Banner Media blogsite. It is an excellent article showing the inherent hope-filled expectations in many of our traditional Christmas hymns. The postmillennial outlook in these beloved hymns is overlooked by most Christians who sing them today. But since this is Christmas season, I thought it might be helpful to point my readers to this article. I will cite only the opening of the article, then provide a hyperlink to re-direct you to the full article. I hope you will read the whole article. Then sing these Christmas carols with greater understanding.]

R.J. Rushdoony, in his book Institutes of Biblical Law: Volume 1 points out that, “The joyful news of the birth of Christ is the restoration of man to his original calling with the assurance of victory. This has long been celebrated in Christmas carols… The cultural mandate [i.e. fulfilling the Dominion Mandate (Genesis 1:26-28) and the Great Commission (Matthew 28:18-20)] and postmillennialism is either explicit or implicit in Christmas carols.” END_OF_DOCUMENT_TOKEN_TO_BE_REPLACED

THE NATURE OF THE RESURRECTION

The Scripture teaches that Christ arises from the dead in the same body in which he dies, though with certain super-added spiritual powers.1 His resurrection does not merely revivify a lifeless cadaver; but neither is it the creation of a new body. Just as he prophesies, the very body which dies also comes forth from the tomb (Jn 2:19, 22). As such, it miraculously attests the truth of his divine mission on earth (Jn 2:18–21; cp. Mt 12:39–41; 16:1–4; Lk 11:29.

This is why the tomb and burial clothing are empty: his physical body departs from them (Mt 28:6; Jn 20:4–11, 15). After the resurrection the Gospels show Christ in a material body that people can touch and handle (Lk 24:39), and which still has the wounds of the cross (Jn 20:27; cf. Rev 5:6). On other occasions he bids Mary Magdalene to quit clinging (haptomai) to him (Jn 20:17). END_OF_DOCUMENT_TOKEN_TO_BE_REPLACED

I finally come to my last article in this four-part series. I have been explaining the significance of Daniel 7:13 for Jesus’ eschatological teaching as recorded in Mark’s Gospel.

My first three articles dealt with the meaning of Daniel 7:13 (it is an enthronement vision for the Son of Man), the influence of this verse on Jesus’ teaching in Mark (at Mark 13:26; 16:24), its backdrop for Mark 9:1 (indirect, but certain), and the expectation regarding when it will be dramatically demonstrated (in the first century while the Sanhedrin and several of the disciples are still alive). END_OF_DOCUMENT_TOKEN_TO_BE_REPLACED

I am engaged in a short series on the use of Daniel 7:13 by Jesus in Mark, particularly regarding its influence on Jesus’ statement in Mark 9:1.

In the first article I focused on the meaning of Daniel 7:13, which is widely misunderstood among evangelicals today. It is an enthronement vision that shows Christ entering into heaven to receive his kingdom. It does not refer to Jesus’ Second Coming to earth, as so many believe. The language itself will not allow it, for it says the Son of Man “came up to the Acient of Days / And was presented before Him.”

In my second article I dealt with the use of Daniel 7:13 in three key eschatological texts in Mark’s record of Christ’s teaching. Those verses include Mark 13:26 (in the Olivet Discourse) and 14:62 (Jesus’ statement before the high priest during his trial). END_OF_DOCUMENT_TOKEN_TO_BE_REPLACED