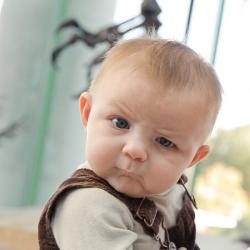 I frequently receive a question regarding the difference between preterism and postmillennialism. Some folks are confused as to whether they contradict each other or whether they are speaking of the same thing. Let me briefly distinguish the two theological concepts.

The word “preterist” is the transliteration of a Latin word that means “passed by.” The orthodox preterist sees certain passages as referring to the destruction of Jerusalem and the temple in AD 70, though many evangelicals understand these to be speaking of the second coming of Christ at the end of history.

The second coming and the AD 70 judgment of Christ on Jerusalem are often spoken of with similar language. This is because they are theologically related concepts. The AD 70 holocaust is a microcosmic picture of the final day of history when Christ returns in judgment. That is, AD 70 is small, historical picture or advanced sample of what the final judgment will be like.

Preterism is more of a hermeneutic tool than a theology. That is, it helps us understand certain passages without committing us to a particular theological position.

Postmillennialism is a theological position on “the last things” that are to occur toward the end of history, an eschatological school of thought. Postmillennialism is an optimistic eschatological system that believes that Christ’s kingdom is currently present in history and will gradually win a dominant sway over men and nations as the gospel makes fuller progress in the world.

Thus, postmillennialism looks for the growing influence of the gospel in history before the end comes. After a long time of dominance, Christ will return to resurrect and judge all men and end history while establishing the eternal, consummate order.

Consequently, preterism and postmillennialism are altogether different concepts. Preterism is basically a hermeneutic, whereas postmillennialism is a theological system. They may occur simultaneously in one’s worldview, or they may be found in differing systems of thought.