DID PAUL TRY TO TRANSFORM SOCIETY? 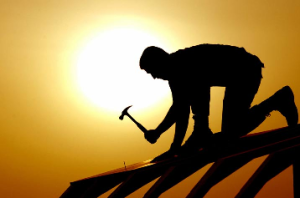 One of the practical implications of a robustly postmillennial theology is the need to transform our society according to the Word of God. To the great detriment of our nation, the church in America has largely embraced a pessimistic outlook of the future and has therefore abandoned the effort to build a Christian society. An objection from many sincere Christians is that the New Testament “does not focus on political issues.” In fact, the Apostle Paul is often cited as the prime example of one who did not really get involved with political issues. Paul, the reasoning goes, was simply focused on “preaching the gospel” and did not spend time trying to change the culture or society (which includes laws, institutions, etc.). However, my contention is that the Apostle Paul not only tried to change the societal and political landscape, he succeeded!

The Apostle Paul described the essence of his preaching as Jesus Christ and the crucifixion: “And I, brethren, when I came to you, came not with excellency of speech or of wisdom, declaring unto you the testimony of God. For I determined to know nothing among you, save Jesus Christ, and him crucified” (1 Cor. 2:1-2). Using the analogy of faith, we know Paul did not mean by this that he was not interested in other things. Paul clearly taught on sexual ethics, church order, spiritual gifts, elder and deacon qualifications, husband and wife relationships, family and children, government, prayer, eschatology, and much more. In verse one, Paul is contrasting his speech with that of the Greek orators who focused on eloquence and persuasion. Paul did not rely on fancy rhetoric but rather on the truth of God—his preaching was “in demonstration of the Spirit and of power” (1 Cor. 2:4). When Paul said he determined to know nothing but “Jesus Christ, and him crucified” he was referring to the core and substance of all his teaching. Everything he taught (from family to government to eschatology) was rooted in Jesus Christ and his work of redemption. His desire to change the culture (and his success) was also rooted in Christ and the cross.

So, did Paul try to change society? In his 1828 dictionary, Noah Webster defines “society” as follows:

The union of a number of rational beings; or a number of persons united, either for a temporary or permanent purpose. Thus the inhabitants of a state or of a city constitute a society having common interests; and hence it is called a community. In a more enlarged sense, the whole race or family of man is a society and called human society. The true and natural foundation of society are the wants and fears of individuals.

Paul taught that “God…commandeth all men every where to repent” (Acts 17:30, emphasis added). Paul sought to bring about the most fundamental change within society: the changed heart of the individual. The Christian faith drastically reorients the “wants and fears” of individuals (cf. Ps 37:4; Prov 29:25; Luke 1:74; Heb 2:15). The changed individual is the foundation for any change that will come about in the society. There is no question that the preaching of the Gospel and its call for obedience radically changes individuals (cf. 1 Cor 6:11).

The fourth level of society may be labelled as civil government. This is the one area which many Christians say Paul did not seek to change. However, Paul did teach specifically on the civil government (Rom 13:1-7). He taught that the civil government was ordained by God to “execute wrath upon him that doeth evil” (Rom 13:4). It is undeniable that Paul’s referent for evil is that which is contrary to God’s moral law (cf. 1 Tim 1:8-11). By teaching this, Paul was seeking to change the view that the civil government is not required to govern according to God’s standard of good and evil. Civil rulers in Paul’s day often did not execute wrath on “him that doeth evil,” but rather on the one that did good (Matt 14:1-14; Luke 23:33). Noah Webster defines teaching as communicating “to another the knowledge of that of which he was before ignorant.” Therefore, when Paul teaches on civil government he is seeking to transform the society’s view of it.

It is clear that every level of society was addressed by Paul (not to mention the authors of the Old Testament and the rest of the New Testament). The next objection may be that if Paul was trying to change the society—individual, family, church, and civil government—he failed. Did Paul fail?

The first thing to note is that extensive societal transformation is not the same as total societal transformation. Postmillennialists do not believe that every member of society will be converted in history. Rather, “postmillennialism expects that eventually the vast majority of men living will be saved. Increasing gospel success will gradually produce a time in history prior to Christ’s return in which faith, righteousness, peace, and prosperity will prevail in the affairs of men and of nations” (Gentry). Furthermore, we must not measure Paul’s success solely in terms of the immediate results during his lifetime. When we take the long view, specifically relating to Western civilization, it is undeniable that Paul (through the power of God) was successful in drastically transforming society.

Why is it important for us not to ignore the culture around us? How can we engage, influence, and advance pop culture, and how can we put popular forms to good use in God’s kingdom? Moore urges us neither to flee from popular culture nor to immerse ourselves in it blindly.

For example, the transformation of England from a backwater, corrupt nation into an incredible missionary force for Christianity can be traced to the introduction of the Geneva Bible (and with it, Paul’s teaching).

England of 1557 was a society beset by contradictions, oppression, and even barbarity. More than 300 men had been burned at the stake by the Catholic tyrant, “Bloody Mary” Tudor, merely for promoting the English Reformation. Many clergymen, Catholic and Protestant both, exacerbated rather than soothed the distress; semi-literate as a class, most received their parish jobs as payoffs and often were unwilling to preach, or incapable of composing sermons. The impoverished and spiritually bereft masses found solace elsewhere—sloth, dissipation, or drink—while the gentry sought after wealth, social position, and favors of royal courts. Into this seemingly hopeless culture of corruption and error, the light of God’s written Word—in the newly translated, published, and distributed Geneva Bible—inexorably began to liberate the English-speaking people, penetrating hearts and transforming minds. It is no exaggeration to say that the Geneva Bible was the most significant catalyst of the transformation of England, Scotland, and America from slavish feudalism to the heights of Christian civilization. (Foster, Introduction to the Geneva Bible, Tolle Lege Press, xiii)

Until relatively recently the majority of laws in Western culture were based on Christian principles (even to this day many still are). Australian law professor Augusto Zimmerman, in an article entitled “A Law above the Law: Christian Roots of the English Common Law,” notes: “The English common law has an incredibly rich Christian heritage. England’s most celebrated jurists—including the likes of Blackstone, Coke and Fortescue—often drew heavily from their Christian faith when expounding and developing what are now well established principles and doctrines of the common law” (85). Space would fail me to cite all the ways in which Christianity has transformed Western culture (not to mention the world). Wherever one looks into the history of Western culture, Christianity has had an incredible transformative power. The current heightened attack on Christian values in society demonstrates the roots of our nation (and all of Western culture). The worldviews we see being promoted today (humanism, homosexuality, feminism, abortion, statism, atheism) stand in direct opposition to the rich Christian heritage of Western civilization—a civilization with roots going all the way back to the Apostle Paul (and further).

Paul sought to transform society by teaching a distinctly Christian worldview for the four areas of culture: (1) self, (2) family, (3) church, and (4) civil government. Of course Paul did not know the details of what would take place in the following years. However, it is not anachronistic to say that Paul sought to see nations transformed. After all, his Lord and Savior commanded Christians to “go ye, therefore, and teach all nations” (Matt 28:19). The great Puritan commentator Matthew Henry, in commenting on this verse, gives the rallying cry for Christian missions: “Do your utmost to make the nations Christian nations.”

Not only did Paul try to transform the society, he was actually successful as evidenced by the remarkable transformation of culture that has taken place from the time of Christ until today. Paul was not alone; the transformation drew upon many other laborers. From Athanasius to Augustine to Calvin—not to mention thousands of individuals whose names are lost to history—God has been using Christians to faithfully proclaim the truth and teach all nations to obey. There is more work to be done. However, the argument that Paul did not try to transform the society should be silenced by a careful consideration of the implications of his doctrine and the irrefutably enormous influence of Christianity upon Western culture. Postmillennialists believe that God is able to do even more in the days ahead.

Christopher Hume holds the M.A. degree in Literature from Clarks Summit University and is a seminary student at Baptist Bible Seminary. He lives in Pennsylvania with his wife and four younglings. He is currently seeking to plant a postmillennial church in eastern Pennsylvania. You can reach him at hume227@gmail.com

4 thoughts on “DID PAUL TRY TO TRANSFORM SOCIETY?”