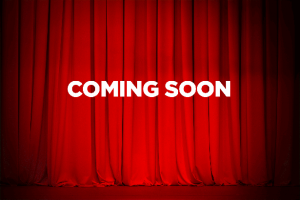 This is my fifth study in a survey of the scholarly options for interpreting the introductory verses of Revelation. Those verses are Revelation 1:1, 3. And they read:

We have looked at seven options among scholars. We are now ready for three more!

8. John speaks from the future

George Beasley-Murray emphasizes “imminence” (Revelation, 168) and “no more delay” (170) but not for the original audience. Actually “in his vision John stands near the close of the period of messianic judgments” (Beasley-Murray 170). Thus, he sees John as speaking from within the future context when the events are about to explode on the seen.

This is highly unlikely for John opens his book with these words of temporal nearness before anyone knows what he will be saying. And even before he gets caught up “in the Spirit” (1:10; 4:1–2) or transported into the scenes (17:1; 21:9–10). This approach might be more plausible if he said something to the effect: “I was carried in the Spirit into the future to see things that were soon to come to pass.” Or: “the Spirit entered me and set me in the Day of the Lord where I saw things that were soon to take place.” Besides, in 1:3 he blessed the original reader of Revelation and the original hearers who would “heed the things which are written in it; for the time is near” (1:3). Surely the time was near for the reader and hearers.

9. The events are inaugurated

The events have already been inaugurated and are gradually unfolding through history. G. K. Beale (Revelation, 182) presents this view which is quite widely held in the current scholarly discussion: “the focus of ‘quickness’ and ‘’nearness’ in vv 1–3 is primarily on inauguration of prophetic fulfillment and its ongoing aspect, not on nearness of consummated fulfillment, though the latter is secondarily in mind as leading from the former.” Thus, “the beginning of fulfillment and not final fulfillment is the focus.” Grant Osborne (Revelation, 55) agrees: “In salvation history the events indicated in the book have already begun to ‘come to pass’ and await the final consummation.”

This approach is semi-preteristic and acceptable as a partial answer to the question of John’s meaning. But its application by scholars is generally rather nebulous allowing recurring events throughout history continually to unfold. John’s terminology, however, seems more concrete and constraining. Indeed, he uses the aorist infinitive genesthai (“take place,” i.e., come to be) which should be translated “must have come to pass” (Henry Alford, Alford’s Greek Testament, 545). This dei . . . genesthai wording occurs seven times in Scripture (including 1:1; 22:6) and signifies fulfillment, not the beginning of fulfillment. It speaks of the fulfillment of Scripture prophecies of Jesus’ death (Mt 26:64) and the wars and rumors of wars that must occur before the “end” (Mk 13:7; Lk 21:9 ). (Revelation 4:1 cannot serve as evidence one way or the other because it is a part of the question as to whether the things in Revelation must occur soon.)

Clearly, John expects the actual fulfillment of the overwhelming majority of his prophecies. In fact, in only one place does he glance into the distant future to reveal the long-term consequences of its first-century fulfillment: in 20:1–15. But there he expressly states that the events will not occur soon, for he states that some of them will transpire after 1000 years are “completed” (20:3, 5, 7).

10. The events will occur soon

He later states: “we cannot, however, do justice to his very plain opening statement (cf. 1.3; iv:1; xxii. 10) by saying that he foresaw a long series of events covering centuries, which could be described as imminent because they were to begin shortly. Whatever earthly realities correspond to John’s symbols, he expected them to be accomplished quickly in their entirety” (Carrington 12).

Moses Stuart (Apocalypse, 1:5) calls this the “plain and obvious sense” of the phrase. Kurt Aland (History of Christianity, 1985: 1:88) observes:

In the original text, the Greek work used is tachu, and this does not mean “Soon,” in the sense of “sometime,” but rather “now,” “immediately.” Therefore, we must understand Rev. 22:12 in this way: “I am coming now, bringing my recompense.” The concluding word of Rev. 22:20 is: “He who testifies to these things says, ‘surely I am coming soon.” Here we again find the word tachu, so this means: I am coming quickly, immediately. This is followed by the prayer: “Amen. Come, Lord Jesus!” . . . The Apocalypse expresses the fervent waiting for the end within the circles in which the writer lived — not an expectation that will happen at some unknown point X in time (just to repeat this), but one in the immediate present.

F. W. Farrar (The Early Days of Christianity, 1884: 432) captures the frustration preterists feel when interacting with the alternative positions: “it is curious to see with what extraordinary ease commentators explain the perfectly simple [un]ambiguous expression ‘speedily’ (en tachei), to mean any length of time which they may choose to demand.” Indeed, the “language is simply meaningless if it is to be so manipulated by every successive commentator as to make the words ‘speedily’ and ‘near’ imply any number of centuries of delay.” For the preterist “the primary focus is on John’s own generation” (Ian Boxall, Revelation 24).

Will it ever stop? Can there be more intepretations? Alas, there are. And I will continue with them in my next installment.