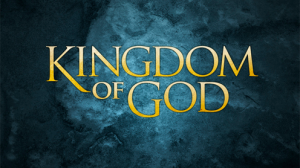 This is the third installment in the series. In this issue we will highlight:

Theonomic postmillennialism also demands that one cultivate Christendomic consciousness. God has promised to redeem “a people”consecrated for His purposes. This coming reality will progress in history (“living stones” fitted together to form a “New Temple”) and will climax as an eschatological collective (the Bride, the New Jerusalem, etc.). Accordingly therefore, to live consistently with these coming eschatological realities requires Christians intentionally to develop an awareness for God’s present Christendomic work in, among, with, and through His people.

While it is true that God elects particular sinners for redemption, it is also true that the promise of the New Covenant is explicitly couched in terms of God’s gathering of a collective people—loved by God and unified in thought and deed. It is this redeemed collective which grows intergenerationally under the Lord’s ruling hand:

They shall be My people, and I will be their God: then I will give them one heart and one way, that they may fear Me forever, for the good of them and their children after them. And, I will make an everlasting covenant with them that I will not run away from doing them good; but I will put My fear in their hearts so that they will not depart from Me. Yes, I will rejoice over them to do them good, and I will assuredly plant them in the land, with all My heart and with all My soul. (Jeremiah 32:38-41)(NKJV)

As God in history gathers his eschatological people, postmillennialism (and the Bible) teaches that this gathering will be incrementally yet unmistakably manifested over time—just as Jesus taught parabolically in the leaven and the mustard seed parables (Matt. 13:31-33). Critically, however, this manifestation occurs along the lines of the Antithesis—that judicially instituted hostility and enmity existing between the seed of the Woman and the seed of the Serpent (Gen. 3:15). This concept demarcates on the one hand the battle between God’s people and His gathering them together, and on the other hand, the “darkness,” the “tares,” the “goats,” and the “dogs,” i.e. the covenant breakers. [Note 1]

This enmity “plays out” in history and does so with communal dimensions as recognized early by the Church Fathers: Jerusalem versus Athens (Tertullian); the City of God versus the City of Man (Augustine). [Note 2] And, this communal expression of antithesis recurs throughout redemptive history as the Lord divides, delivers, and even destroys—all for the sake of expanding his Kingdom to his glory alone. The Garden; Noah and the Flood, Lot and Sodom; the Tower of Babel; the lives of the Patriarchs; the Exodus—in each case, the Lord divides along the line of the antithesis, delivers His people, and then destroys the covenant breakers. The Lord God is an active God whose work continues eschatologically —but does so along antithetical Christendomic lines.

Sadly, however, much of the American church has lost its Christendomic consciousness. That is, the modern Church has lost the confident vision of God’s certain eschatological purpose to save a people, dwell with them, do good to them, and rejoice over them all for His own glory. Instead, God’s people do not really engage the cultural antithetically, but rather spawn conflicts of Light v. Light; Wheat v. Wheat; and Sheep v. Sheep. Christians, including many Reformed Christians, endlessly debate the footnotes in the City of God’s Zoning and Building Codes while the City of Man is quickly and incessantly stealing and/or poisoning the Christians’ water, power, and homesteads. [Note 3] Christ’s living waters have been converted into a stagnant evangelical quagmire. This should not be, and yet this occurs regularly because Christians fail to conduct their affairs in terms of Jeremiah’s eschatological promise: God is gathering one people and He purposes to rejoice in them and do good to them. Christians must therefore recover a Christendomic Consciousness—that is, an eschatological understanding of God’s purpose to sanctify His people—imperfect as they now are. A postmillennial confession supplies the motive and the mandate for doing so.

Recovering a Christendomic consciousness means among other things keeping the main thing, the main thing. The Scripture’s priorities must be recaptured—in both word and deed, faith and works, doctrine and duty. [Note 4] Many obstacles or constraints impair Christendomic Conscriouness, even among those professing an optimistic eschatology. [Note 5] Here are some suggestions for remedying this situation:

Being Long-Suffering with Our Brothers: Second Timothy 2:22-25 requires servants of the Lord to be gentle, patient, and humble. And the reality is that, according to Christ, love is the mark of the visible church (John 13:34, 35). [Note 6] While differences among brothers are important and ought to be resolved, they are differences among brothers, and should be considered accordingly. [Note 7]

Negating the Cult of Personality: The Reformed often (and rightly) critique Rome’s Papacy, and yet splintered Protestantism, including the Reformed, seems nevertheless to function in terms of many Popes or other Pied Pipers. “I am of Paul, I am of Apollos, or Calvin, or Augustine, or Machen, or Clark, or Van Til, or whomever—with a bit of reflection, this list could be greatly extended. [Note 8] The reality is, however, that neither Calvin (nor any other great or not-so-great leader) died for anyone’s sins, and though Christians do and ought to learn with gratitude from those whom God has illumined, a divisive party-spirit has no place in the Kingdom. One solution to the party-spirit is to intentionally foster Christendomic consciousness. After all, loyalty is owed exclusively to Christ alone.

(DVD by Gentry and Gaffin)

Formal, public debate between Dr. Richard Gaffin (Westminster Theological Seminary)
and Kenneth Gentry at the Van Til Conference in Maryland.

Pursuing Biblical Peacemaking: Where schism exists, reconciliation in the gospel should be actively pursued. Jesus makes this point with utmost clarity and urgency: worship itself is secondary where brothers are estranged by personal offense (Matthew 5:23, 24). To be conscious of the covenant requires reality in relationships, especially where conflict exists.

Postmillennialism provides a biblically tenable basis for hope in God’s future grace. But we must not forget that God’s decree ordains both the end as well as the means. [Note 9] Christians must “work out their own salvation,” and this means ethical living by God’s holy standard, that is, theonomic living. But note: Paul’s command to do so (Phil. 2:12) is a conclusion he draws after admonishing Christians to embrace a Christendomic consciousness:

Do nothing from rivalry or conceit, but in humility count others more significant than yourselves. Let each of you look not only to his own interests, but also to the interests of others. Have this mind among yourselves, which is yours in Christ Jesus.

1. There is perhaps no more enduring explication of the Antithesis than Augustine’s The City of God.

2. Modern American evangelicalism, including many in the Reformed community, continue to be negatively impacted by the individualistic semi-Pelegianism of Nineteenth Century revivalism and Scofieldism and its progeny, and thus have lost the robust Christendomic consciousness generated by the Antithesis. Witness the remarkable publishing success of The Late Great Planet Earth and the Left Behind Series.

3.As Professor John Frame once lamented when faced with the seemingly endless presbyterial energy expended upon “perfecting minutes”: “I often wished someone had asked seriously how high a priority God would have us place on the perfection of minutes!” John M. Frame, Evangelical Reunion: Denominations and the One Body of Christ (Phillipsburg, N.J.: P & R, 1991), 123, n. 11.

4. These dialectics describe what the Scriptures principally teach, as the Shorter Catechism summarizes in Question 3.

5. Paraphrasing Steve Schlissel: “Isn’t it a shame that the first thing two Reformed people do when they first meet is to find out where they disagree?”

6. Why the Reformers omitted “love” as being a mark of the church is baffling. Bahnsen issued an insightful corrective to the traditional Reformed position by arguing that biblical fellowship (as well as evangelistic effort) should be recognized as necessary features of a viable biblical church in addition to the three traditionally articulated marks. See, Ventrella, Ecclesiastic Consequences of Theonomic Presuppositionalism (1996).

7. As Bahnsen once quipped when reflecting upon the often-deplorable state of Christian scholarly debate: “Isn’t it too bad that quarrels interfere with good arguments.”

8. Consider the current evangelical appetite for “left behind” dispensationalism, or the enthusiastic promotion, embracing (and heralding by the secular media) of a self-conscious modalist as being “the next Billy Graham.” Or, more close to home, consider the various band-wagons beginning to circle in Reformed communities, trumpeting educational, marriage or parenting modalities. Indeed, entire congregations are being founded on narrow trendy preferences relating to one version of practical theology for the family, a sort of monotheistic Mormonism, rather than biblical Christendomic consciousness.

One thought on “PRACTICING POSTMILLENNIALISM (3)”