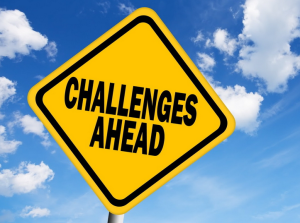 In this series on the practice of postmillennialism we now come to our fourth installment. We will now consider:

Certainly God works “all things according to the counsel of his will,” but the Lord also “works in you, both to will and to do his good pleasure.” (Eph. 1:11; Phil. 2:13, ESV). The Creator of the universe has ordained that men, and especially redeemed men, should be agents for accomplishing His eschatological purpose. As morally responsible agents, men choose and men make critical (and not-so-critical) decisions. A postmillennial eschatology demands that, when choosing, men consciously practice courageous, strategic, and principled cultural engagement.

In the year 480 B.C. the Persian Army was advancing to war, one million troops strong. Xerexes purposed next to invade Greece with his war machine. As the foreign threat mounted, choices stood before the Grecians. On the one hand, they could simply acquiesce to foreign rule like so many other nations had done in the face of the overwhelming military odds. On the other hand, they could resist—and perhaps provide hope for future generations. The character of tomorrow’s culture stood in the balance.
The gateway to the Hellenists was Sparta, via Thermopolis, the “Gates of Fire.” Everyone knew it. The Grecian City-States, after counseling together, resolved to resist Xerxes’s Army and to do so at this point of entry. Knowing that death was certain, 300 Spartans prepared for battle in order to defend their homeland from the Persian juggernaut—a million man march. As anticipation grew, Sparta’s advance scouts reported that when the Persian archers launched their volleys, the multitude of their arrows darkened the sky by eclipsing the sun. Faced with this reality, the Spartan Captain, Dienekes commented: “Good; today we shall battle in the shade.”

As the initial battle line formed, the Persian emissaries exhorted the overwhelmingly out numbered Spartans to surrender their weapons for resistance would be futile. The emissaries demanded and yet pleaded: “Lay down your weapons.” Sparta’s King Leonidas responded laconically: Molon labe, “come and get them.” And so, the battle raged—300 Spartans against Persian’s million man military machine.

The 300 Spartans fought fiercely for seven days; each of them died as everyone expected; there would be no fairy tail ending, and certainly no rapture. Astonishingly, however, 20,000 Persians died. This battle, and more importantly, Sparta’s decision to resist, proved crucial to the development of Western Civilization because on the very day that the last Spartan died, the Grecian navy soundly defeated the invading Persian navy at the Straits of Salamis, thereby turning back the advancing Byzantium tide. [Note 1] The Spartans strategically counted the cost: enduring short term suffering in order to gain long term cultural victory.

Christians know that all history serves God and His sovereign purposes, and that therefore, much can be gleaned from the past. The Battle of Thermopylae illustrates principles valuable to those engaged in the necessarily antithetical (and spiritually bellicose) cultural battle. Exactly why would 300 obviously outnumbered men leave family and home in order to exert themselves unto a certain death? The Persian army was large precisely because many of its foes simply were “absorbed” by surrendering into the larger organization; these foes apparently received an offer they could not refuse. Why did the Spartans choose otherwise; why did they choose sure death, instead of life as a member of the world’s greatest military machine?

One answer lies in their eschatology: they understood very well that their culture, if it would survive, could not be melded into another, particularly by force. Accordingly, they rejected pragmatism—saving their skin today only to thereby forfeit their children’s tomorrow. Instead, they knew—as a matter of principle—what was ultimately at stake—the telos or eschaton—of the historic moment facing them: the very extinction of their culture. As a result, they confronted the event strategically and courageously. As one man quipped: “Courage is the flower of conviction.” [Note 2]

The courage to stand and battle in the face of certain short-term failure derives from the conviction of long-term success. For the Christian, however, especially the postmillennial Christian, this orientation should be more than psychological: The victory contemplated is not simply probable or highly probable; it is certain. A firm grasp and conviction of God’s certain triumph over all His enemies —progressively in history—will spawn the necessary courage for Christians to resist pragmatic cultural compromise, and instead will motivate Christians—from all callings—to engage the culture strategically.

What does it mean to engage the culture strategically? Postmillennialism holds that God’s advancement of the kingdom is principled, that is, according to his standards (Matt. 6:33). And, it is incremental—not revolutionary (Mark 4:26-29). One must be intentional, and yet patient. Thus, to act strategically is to embrace a willingness and intention to swing a sharp well-placed sword for ten years rather than carelessly wield a dull blunt one for thirty. Action for action’s sake can create more problems (notorious “unintended consequences”) than originally anticipated.

Why is it important for us not to ignore the culture around us? How can we engage, influence, and advance pop culture, and how can we put popular forms to good use in God’s kingdom? Moore urges us neither to flee from popular culture nor to immerse ourselves in it blindly.

As a result, merely making the public square “more conservative” or “pluralistic” does not necessarily promote the Kingdom. Again we need confidence in the future, as crafted and ordained by God Almighty, in order to resist the temptation simply to be pragmatic, or conversely, so idealistic so as to be devoid of meaningful cultural tactics. [Note 3] Here are two illustrations:

School Vouchers: Many engaged in the cultural battle hold convictions that the State lacks any justifiable interest in funding education, the obvious exception being the State’s discharge of legitimate military training and related education. [Note 4] Does this conviction necessarily mean, however, that a Christian should categorically oppose all efforts designed to promote the establishment of a voucher system? To answer affirmatively betrays a decontextualized idealism, devoid of strategic and tactical considerations. A more principled approach should consider whether any tactical benefit can occur if vouchers are established. A Christian can, consistent with his convictions, still support a voucher system, if—and this is key—he is also at liberty (and sufficiently disciplined) to refuse to use vouchers once the system is in place. This approach fosters cultural renewal because it (1) breaks the public education monopoly; and (2) promotes parental authority over children. Gracious strategic thinking advances the Kingdom.

The Homosexual Legal Agenda in corporate America: No right thinking Christian can support “gay rights” (as distinct from uniformly applicable civil rights). But, the tactical question centers on how to respond—in action—to corporate America’s rapidly advancing adoption of sexual orientation-based non-discrimination policies, domestic partnership benefits, and “safe zones.” Often, for those Christians who are no longer content with silence, [Note 5] “boycotts” are encouraged. [Note 6] While this may personally placate the consciences of some, the effectiveness of this tactic long term is dubious. In reality, a better strategic approach may well be to infiltrate publicly held companies (by stock purchases) and then tactically exercise voting rights and other ownership privileges, in an effort to bring pressure to bear upon corporate policy and practice.

Many more examples of strategic choices—both positive and negative—could be cited:

• how the failure to oppose in-vitro fertilization experimentation has spawned (no pun intended) today’s stem cell controversy;
• how the uncritical acceptance of contraception as a “privacy right” fostered the removal of reproduction, and thus sexuality from the marital context, furthering the justification for abortion on demand;
• how principled progress, through strategic effort, is occurring in the realm of First Amendment jurisprudence for the public promotion of the gospel: Mergens, [Note 8] Lamb’s Chapel, [Note 8] Rosenberger, [Note 9], Good News Club. [Note 10]

If the Spartans possessed eschatological clarity to understand the long term significance of their present actions, how much more should Christians ponder their own courses of action. The ethics of optimistic eschatology demand that Christians live and choose actions that reflect courageous, strategic, and principled cultural engagement. What we do now indeed will echo in eternity. We must choose today consistently with what God has purposed for tomorrow. We must choose ethically, and therefore, we must choose eschatologically. Any other result would be, in a word, antinomian.

(One final installment in our series remains! See you soon!)

1. For an engaging, yet historically accurate fictionalization of this great battle, see, Steven Pressfield, Gates of Fire : An Epic Novel of the Battle of Thermopylae (Thorndike, Me.: G. K. Hall,1998).

2. Thanks to my long time friend and co-laborer, Alfred J. Poirier, for this aphorism.

3. While postmillennialists rightly note that cultural retreatism often accompanies dispensational eschatology, the sad truth is that some postmillennialists, who glibly proclaim Christ’s historical victory from some rustic enclave often fail to operationally understand that God’s victory only comes through purposeful strategic means to the promised eschatological telos. And thus, these men become the functional equivalent of cultural retreatists themselves, doing nothing more than “huckleberry picking for Jesus” while waiting for the golden age to come—in spite of their rhetoric to the contrary. God ordains both the means as well as the end.

6. Just how a Christian, in today’s secular society, could consistently support every advocated boycott and yet still live in this world seems never to be explained by the boycott advocates