SCIENTIFIC MYTHS ABOUT THE BIBLE 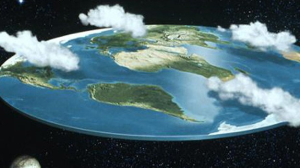 Ronald Numbers grew up as the son of a fundamentalist Seventh-day Adventist minister, attending Adventist schools and being taught young-earth creationism until adulthood, where he lost his faith and became an agnostic. Today he is perhaps the world’s leading scholar on the history of the relationship between science and religion.

If you were to ask Professor Numbers for the “greatest myth” about the historical relationship between science and religion, he would respond that it’s the idea the the two “have been in a state of constant conflict.”

Timothy Larsen, a Christian historian who specializes in the nineteenth century, agrees: “The so-called ‘war’ between faith and learning, specifically between orthodox Christian theology and science, was manufactured . . . . It is a construct that was created for polemical purposes.”

If these two historians—one an agnostic, one a confessional Christian—both agree this is a manufactured myth, then who is to blame for inventing it?

That distinction falls to American scholars from the nineteenth century: (1) Andrew Dickson White (1832-1918), the founding president of Cornell University, and (2) John William Draper (1811-1882), professor of chemistry at the University of New York.

In December 1869, Andrew White—the young and beleaguered Cornell president—delivered a lecture at Cooper Union in New York City entitled “The Battle-Fields of Science.” He melodramatically painted a picture of a longstanding warfare between religion and science:

“I propose, then, to present to you this evening an outline of the great sacred struggle for the liberty of Science—a struggle which has been going on for so many centuries. A tough contest this has been! A war continued longer—with battles fiercer, with sieges more persistent, with strategy more vigorous than in any of the comparatively petty warfares of Alexander, or Caesar, or Napoleon . . . In all modern history, interference with Science in the supposed interest of religion—no matter how conscientious such interference may have been—has resulted in the direst evils both to Religion and Science, and invariably.”

His lecture was published in book form seven years later as The Warfare of Science (1876).

In 1874, Professor Draper published his History of the Conflict Between Religion and Science (New York: D. Appleton and Co., 1874). His thesis was as follows:

“The antagonism we thus witness between Religion and Science is the continuation of a struggle that commenced when Christianity began to attain political power. . . . The history of Science is not a mere record of isolated discoveries; it is a narrative of the conflict of two contending powers, the expansive force of the human intellect on one side, and the compression arising from traditionary faith and human interests on the other.”

Draper’s work was enormously popular, going through 50 editions in the next half century.

Adam in the New Testament

Carefully examining key passages of Scripture, Versteeg proves that all human beings descended from Adam, the first man. He argues that if this is not true, the entire history of redemption documented in Scripture unravels and we have no gospel in any meaningful sense.

“Draper and White were not simply describing an ongoing war between theology and science, but rather they were endeavoring to induce people into imagining that there was one. In order to do this, they repeatedly made false claims that the church had opposed various scientific breakthroughs and developments.”

Here are a couple of urban legends that Draper and White perpetuated:

1. The church believed for centuries that the earth is flat.
2. The church opposed the use of anesthetics in childbirth since Genesis promised that childbirth would be painful.

On the first myth, Lesley B. Cormack, chair of the Department of History and Classics at the University of Alberta, writes that “there is virtually no historical evidence to support the myth of a medieval flat earth. Christian clerics neither suppressed the truth nor stifled debate on the subject.”. . .