ALCOHOLIC WINE IN THE BIBLE 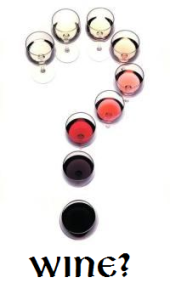 Wine is often used in Scripture to symbolize the joy and abundance of the eschatological hope of God’s people.

Isaiah 27:1-2: “In that day the LORD will punish Leviathan the fleeing serpent, With His fierce and great and mighty sword, Even Leviathan the twisted serpent; And He will kill the dragon who lives in the sea. 2 In that day, A vineyard of wine, sing of it!”

Isaiah 55:1: “Ho! Every one who thirsts, come to the waters; And you who have no money come, buy and eat. Come, buy wine and milk Without money and without cost.”

Joel 3:18 “And in that day The mountains will drip with sweet wine, And the hills will flow with milk, And all the brooks of Judah will flow with water; And a spring will go out from the house of the LORD To water the valley of Shittim.”

Thus, I thought this article would be helpful for my PostmillennialismToday readers.

We are continuing our case that we should not refuse food (or drink) that God has given us to enjoy. Our argument is based on 1 Timothy 4:4-5 where the Apostle Paul condemns men “who advocate abstaining from foods which God has created to be gratefully shared in by those who believe and know the truth. For everything created by God is good, and nothing is to be rejected if it is received with gratitude.”

The current taboo we are considering is “wine.” Does God forbid the drinking of wine? Or is it allowed in moderation? Those who oppose drinking alcohol often claim that the wine the saints drank in the Bible contained little or no alcohol.

But the Bible paints a different picture, showing that the wine used in the Bible was capable of intoxication. And it is well-known that the alcohol in wine is the element that intoxicates.

Here are 7 reasons that demonstrate that the wine in the Bible was a powerful intoxicant, containing enough alcohol to make the heart merry and/or cause drunkenness.

Scriptures and Intoxicating Effects of Wine

One of the first things Noah did after the flood waters dried up was plant a vineyard. When the grapes matured, he pressed them into juice. By natural, God-ordained processes, the juice fermented into wine. The Bible records that Noah drank the wine and got so drunk that he passed out in his tent naked. Drunkenness in the Bible is almost always condemned. In this case, Noah sinned against God. And if you are familiar with the story, there was a great cost for his sin, bringing a curse upon one of his sons. See Genesis 9 for the rest of the story. That Noah got drunk from the product of his vineyard demonstrates incontrovertibly that the wine was strong with alcohol.

Psalm 104:15 declares that wine has the power to make man’s heart rejoice and be glad. Barnes’ Commentary on the Whole Bible translates this verse literally: “wine (it) gladdens the heart of man to make his face to shine more than oil.” What is it about wine that gladdens the heart? This verse does not refer to grape juice, but wine that contains alcohol. Moderate use of alcohol has the power to bring joy to the heart of man (by God’s design).

Jesus turned water into wine “after” the guests were filled with wine. John chapter 2 records Jesus turning water into wine. Jesus instructed the servants to fill some jugs with water and take a sample to the headwaiter. Upon sampling the water turned wine, The headwaiter is perplexed because the wine is so tasty. He approaches the bridegroom saying, “Every man serves the good wine first, and when the people have drunk freely, then he serves the poorer wine; but you have kept the good wine until now.” The Cambridge Bible for Schools and Colleges says of the phrase have drunk freely that “translators have timidly shrunk from giving the full coarseness of the man’s joke: it should be when they have become drunken, when they are drunk.” The clear implication is that the wine contained alcohol which could lead to drunkenness.

Jesus accused of being a drunkard

Jesus was falsely accused of being a drunkard by the Pharisees. Jesus Himself partook of wine while He walked on the earth in human form. The Pharisees of the day latched onto his use of alcohol as a way to accuse Him of being a glutton and a drunkard. Imagine the irony of calling the King of Glory a sinner. But that they did call Him such demonstrates that the wine He drank had the power to cause intoxication. See Matthew 11:19 and Luke 7:34.

Apostles accused of being drunk

The apostles were accused of being drunk at Pentecost. Acts 2 records the coming of the Holy Spirit with power at Pentecost. The apostles and followers of Christ are given power from on high to speak the mighty deeds of God in the native tongue of “devout men from every nation under heaven.” Some observers mock the apostles and accuse them of being drunk with sweet wine. Peter responds by saying it was way too early to be drinking wine. They were not drunk, but rather fulfilling the prophecy of Joel. Notice Peter didn’t say that the wine didn’t even contain enough alcohol to get drunk. Rather he says they are not drunk because “it is only the third hour of the day.”

The Corinthian church got drunk

The Corinthian church was getting drunk. Paul calls out the Corinthians for getting carried away with their drinking at fellowship gatherings. When they were gathered together to eat the Lord’s Supper, some were being selfish with food, while others went hungry. In addition, some were getting drunk, according to Paul. He admonishes them that they have missed the purpose of the supper – which is to remember the sacrifice which Christ made for the forgiveness of sins. See 1 Corinthians 11:20 and following . . . .

But now a free joke from Ken Gentry for visiting PostmillennialismToday. We aim to please!

While sitting on the patio with her husband sipping on a glass of wine, a woman said, “I love you so much, I don’t know how I could ever live without you”.

Her husband asked, “Is that you talking. Or the wine?”

5 thoughts on “ALCOHOLIC WINE IN THE BIBLE”