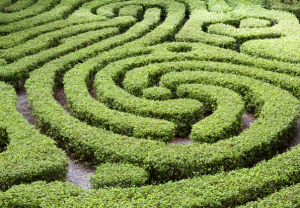 The word millennium refers to the “thousand years” mentioned in Revelation 20. Because this chapter is found in one of the most difficult books of the New Testament, its proper interpretation is disputed. As a result, there are four main views of the millennium held within the church today: historic premillennialism, dispensational premillennialism, amillennialism, and postmillennialism.

Historic premillennialism teaches that at the end of the present age, there will be the great tribulation followed by the second coming of Christ. At Christ’s coming, the Antichrist will be judged, the righteous will be resurrected, Satan will be bound, and Christ will establish His reign on earth, which will last for a thousand years and be a time of unprecedented blessing for the church. At the end of the millennium, Satan will be released and he will instigate a rebellion, which will be quickly crushed. The unrighteous will at this point be raised for judgment, after which the eternal state will begin.

When Shall These Things Be? A Reformed Response to Hyperpreterism
(ed. by Keith Mathison)
A reformed response to the aberrant HyperPreterist theolgy.
Gentry’s chapter critiques HyperPreterism from an historical and creedal perspective.
See more study materials at: www.KennethGentry.com

Historic premillennialism has had its proponents in the church from at least the second century AD onward. It was taught, for example, by Irenaeus (140- 203) and Justin Martyr (100-165), and may have been taught in the late first century by Papias (80-155). Some within the Reformed tradition, such as James Montgomery Boice, have taught this view. The most notable proponent of historic premillennialism in the twentieth century was George Eldon Ladd, whose commentary on the book of Revelation argues strongly for this position.

Dispensational premillennialism offers the most complex chronology of the end times. According to dispensationalism, the current church age will end with the rapture of the church, which, along with the appearance of the Antichrist, marks the beginning of the seven-year great tribulation on earth. The tribulation will end with the battle of Armageddon, in the midst of which Christ will return to destroy His enemies. The nations will then be gathered for judgment. Those who supported Israel will enter into Christ’s millennial kingdom, and the rest will be cast into Hades to await the last judgment. Christ will sit on the throne of David and rule the world from Jerusalem. Israel will be given the place of honor among the nations again. The temple will have been rebuilt and the temple sacrifices will be reinstituted as memorial sacrifices. At the end of the millennium, Satan will be released and lead unbelievers in rebellion against Christ and the New Jerusalem. The rebellion will be crushed by fire from heaven, and Satan will be cast into the lake of fire. The wicked will be brought before the Great White Throne, judged, and cast into the lake of fire, and at this point the eternal state will commence.

The dispensationalist version of premillennialism originated in the nineteenth century within the Brethren Movement. Its distinctives first appear in the writings of John Nelson Darby (1800-1882). Dispensational premillennialism caught on rapidly in the United States through the Bible Conference Movement. It was popularized by C.I. Scofield in the notes to his reference Bible and was systematized by Lewis Sperry Chafer, the founder of Dallas Theological Seminary and the author of an eight-volume dispensational systematic theology text. In the twentieth century, this view was taught on a more scholarly level by men such as John Walvoord, Charles Ryrie, and J. Dwight Pentecost, and it was popularized by authors such as Hal Lindsey and Tim LaHaye.

Postmillennialism was widely held among the Puritans. It was also the dominant view among Reformed theologians of the eighteenth and nineteenth centuries. It was taught, for example, by men such as Jonathan Edwards, Charles Hodge, James Henley Thornwell, A.A. Hodge, and B.B. Warfield. Because liberals adopted a humanistic version of this eschatology, postmillennialism suffered a decline in the twentieth century, but it has seen a resurgence in the last twenty to thirty years. Books supporting this view have been published by men such as Loraine Boettner, J. Marcellus Kik, Kenneth Gentry, John Jefferson Davis, and myself.