One of the most frequent, forceful, and compelling objections against the postmillennial hope of world conversion is based on the problem of sin. Like me, many Christians are committed to Calvinistic doctrine regarding man’s total depravity. Total depravity teaches that man is a fallen sinner and depraved in every aspect of being. How can we have any hope for a better world governed by sinful men? END_OF_DOCUMENT_TOKEN_TO_BE_REPLACED

Postmillennialism expects the vast majority of the world’s population to convert to Christ as a consequence of the Spirit-blessed proclamation of the gospel. In light of present world conditions, though, many Christians are surprised at the resilience of the postmillennial hope. In this article I will briefly show that though the hope of gospel victory sounds strange to the modern evangelical, the basic theology of Scripture is quite congenial to it. Indeed, these factors suggest the prima facie plausibility of postmillennialism. END_OF_DOCUMENT_TOKEN_TO_BE_REPLACED 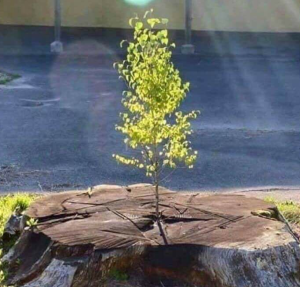 Robert Bruce, a Scottish missionary to Iranian Muslims in the late nineteenth century, wrote home to his supporters, “I am not reaping the harvest; I scarcely claim to be sowing the seed; I am hardly ploughing the soil; but I am gathering out the stones. That, too, is missionary work; let it be supported by loving sympathy and fervent prayer.”

For many years, Iran was one of the most difficult regions of the world to reach with the gospel. A significant development occurred in 1979, however, with the Islamic Revolution in Iran. The ruling monarch, Shah Mohammed Reza Pahlavi, was overthrown, and in his place an Islamic Republic was birthed, led by the Ayatollah Khomeini. Sharia law became the law of the land, and Muslim clerics became the heads of state. END_OF_DOCUMENT_TOKEN_TO_BE_REPLACED

Our Lord Jesus Christ ministered for over three years proclaiming the coming of the kingdom of God. But after initially drawing a “great multitude” of followers (Jn 6:2), John records with disappointment that “many of His disciples went back and walked with Him no more” (Jn 6:66). In fact, toward the end of his ministry one of his own twelve disciples turned against him, literally selling him out to the authorities (Jn 13:18; Ac 1:18-19). And even his remaining faithful disciples forsook him in cowardly fear as he was on trial for his life (Mt 26:31, 56; Lk 22:31-34), locking themselves away from opponents (Jn 20:19).

With such a shaky start, what might we expect to become of the kingdom of God, which Christ initially proclaimed as near (Mk 1:15; Mt 4:17) and eventually established as present (Mt 12:28; Lk 17:20-21)? In other words, what is the outlook for the Christian faith in the historical long run? How should we answer a query such as Christ poses: “When the Son of Man comes, will he really find faith on the earth” (Lk 18:8)? END_OF_DOCUMENT_TOKEN_TO_BE_REPLACED

GOSPEL SPREADING FASTER THAN EVER

Gentry note: The spiritual, moral, social, and cultural decline of America grieves American Christians. But as a postmillennialist, I remind Christians that “it ain’t over til it’s over.” Nowhere in the postmillennial hope or the Bible do we argue that by the year 2019 the gospel will have won victory throughout the world. This will be the case, even though at this stage we do not know when. Nevertheless, there is hope for the gospel’s spread, as we may see from this Christian Post article about Wycliff Translators.

I would also remind American Christians of two things: (1) We need to pray for revival and reformation in America. God is powerful and he answers prayers. (2) We must understand that God does not need America; America needs God. Thus, the absurdity leading our cultural collapse does not impact the integrity of the postmillennial hope.

New technology has emerged that will enable quicker translation of the Bible and faster spread of the Gospel, accelerated by indigenous people doing the work of translation.

Wycliffe Bible Translators has recently adapted their translation software, “ParaText,” for smartphones, dubbing it “ParaText Lite,” and has described it as a game-changer in several ways. END_OF_DOCUMENT_TOKEN_TO_BE_REPLACED 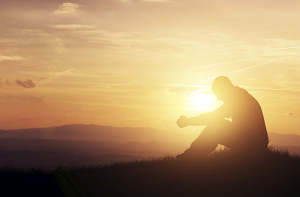 If prayer is talking with God, then our prayer life is most vital when it is most frequent, when our hearts and minds readily and constantly call upon God in every kind of situation.[1]

There’s an old saying that goes, “Pray like it all depends upon God but work like it all depends upon you.” As Reformed Christians seeking to fulfill the mission of godly reconstruction, this is precisely how we should live, because prayer is not opposed to work, and work is not opposed to prayer. As Rushdoony once wrote, “Prayer is not a substitute for action but its accompaniment.”[2] END_OF_DOCUMENT_TOKEN_TO_BE_REPLACED 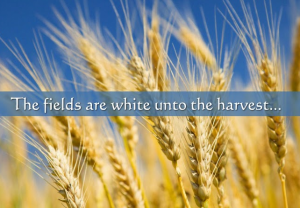 Gentry note: This is an encouraging article that notes “there have been increasing signs of a real and sustained Christian revival in Europe, hardly reported and barely noticed in press across the pond.” Of course, we know on the basis of Scripture that this will ultimately be the case, but it is good to see signs of that today.

As we can see from the article, with the growth of Christian belief, we need to promote true Christian training in biblical doctrine. The Great Commission not only promotes faith, but training in that faith.

There is an old joke about a Christian lady who was responding to a friend who believed “God is dead.” This humble believer responded: “I know God is not dead! There is no casket big enough to hold him and I am in the family and haven’t been notified.” God is not dead. Neither is belief in God dead.

“Reports of Christianity’s Death in Europe Have Been Greatly Exaggerated”
by John D. Martin

Since the 2007 publication of Philip Jenkin’s God’s Continent: Christianity, Islam and Europe’s Religious Crisis, observers of religious trends in European culture have been keeping a close eye on developments that might validate his sanguine view that Europe could see a revival in Christian belief. Richard J. Neuhaus, in his review of it in First Things at the time, thought the view was “too roseate.” END_OF_DOCUMENT_TOKEN_TO_BE_REPLACED