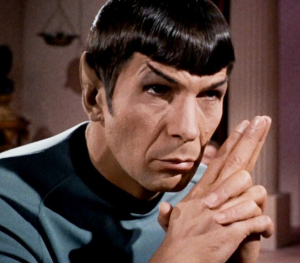 In my current series I have been focusing on God’s absolute sovereignty as an important foundation to the postmillennial hope. If we firmly believe God is sovereign over all things, it should not be difficult for us to believe those Scriptures that teach the universal conquest of the gospel. Not all postmillennialists are Calvinists. But they should be!

1. Is it logical? How can we comprehend two seemingly contradictory doctrines: predestination and free will? If God predetermines our actions, how can we be free? This turns off many Christians who recognize that man has free will.

2. Is it moral? How can we accept the implications of God’s absolute sovereignty? How could a perfect, just God irrevocably predetermine the eternal destinies of men created in his image? This turns off many Christians who deem God’s sovereignty to be immoral.

In this article I will focus on the first question. So let us begin. Though there are many ways we could approach this question, I have chosen to approach it with the evangelical Christian in mind. What do I mean? We need to recognize that the “logical problem” in sovereignty is not limited to this one issue. We must recognize that a number of commonly accepted theological teachings of Scripture run into this “problem.”

The Beast of Revelation
by Ken Gentry

The doctrine of God

Have you ever logically reflected on the doctrine of the Trinity? Wayne Grudem defines the Trinity in this way: “God eternally exists as three persons, Father, Son, and Holy Spirit and each person is fully God, and there is one God.” What evangelical Christian doubts this definition? It is foundational to the Christian faith.

The Trinity is a doctrine unique among all world religions. It is a doctrine that virtually defines true Christianity. Yet it is a doctrine fraught with intellectual challenges — in that we hold there is only one God, while simultaneously holding that the Father, the Son, and the Holy Spirit are each God. As a result of this doctrine, evangelical theologians confess a problem:

Thomas C. Oden declares: “The idea that the one God meets us in three persons is thought to be among the most opaque and least accessible of all Christian teachings.”

Millard Erickson states: “Christianity is the only major religion that makes this claim about God.

Numerous attempts have been made to understand this profound truth. Some have led to distortions of this very important doctrine.” He continues: “In the doctrine of the Trinity, we encounter one of the truly distinctive doctrines of Christianity. Among the religions of the world, the Christian faith is unique in making the claim that God is one and yet there are three who are God. Although it seems on the surface to be a self-contradictory doctrine . . . nevertheless, devout minds have been led to it as they sought to do justice to the witness of Scripture.”

Thus, the most fundamental doctrine of the Christian faith involves intellectually incomprehensible features. Yet evangelical, orthodox Christians still affirm the doctrine of the Trinity. To accept a method (a refusal to accept intellectual incomprehensibility) that leads us to reject difficult doctrines (such as predestination) opens the prospect of either rejecting other fundamental doctrines or exposing us to enduring charges of inconsistency in accepting some difficult doctrines while rejecting others.

Blame It on the Brain?

Depression, Attention Deficit Disorder, Alcoholism, Homosexuality.
Research suggests that more and more behaviors are caused by brain function or dysfunction.
But is it ever legitimate to blame misbehavior on the brain?
How can I know whether my brain made me do it?

The doctrine of Christ

A second doctrine that is equally important to the Christian is: the two natures of Christ. Theologian Wayne Grudem defines the biblical doctrine of Christ’s person: “Jesus Christ was fully God and fully man in one person, and will be so forever.”

The doctrine of the two-natured Christ has long been assaulted as intellectually unintelligible. According to Wayne Grudem, John Hick argues in The Myth of God Incarnate (1977) that this doctrine “has never been a coherent or intelligible doctrine through the history of the church.” Grudem responds:
“The assertion that ‘Jesus was fully God and fully man in one person,’ though not a contradiction, is a paradox that we cannot fully understand in this age and perhaps not for all eternity, but this does not give us the right to label it ‘incoherent’ or ‘unintelligible’. . . . Our proper response [to unbelieving challenges] is not to reject the clear and central teaching of Scripture about the incarnation, but simply to recognize that it will remain a paradox, that this is all that God has chosen to reveal to us about it, and that it is true.”

Millard Erickson expresses the objections to the two-natured Christ: “The problems of Christology were posed largely in terms of metaphysics: How can the divine nature and the human nature coexist within one person? Or, to put it differently, how can Jesus be both God and man at once?” He notes that philosophers argue against understanding Christ as possessing two natures: “It is neither necessary nor possible to do so.” He then confesses as an orthodox Christian: “To be sure, there is a paradox here, a concept that is very difficult to assimilate intellectually.”

Even though we cannot fully comprehend how Christ is 100% God and 100% man simultaneously, without intermixture or dilution of the natures, we believe it — because Scripture teaches it.

Intellectual difficulty is not necessarily a sign of doctrinal error, but rather of human incapacity. By it we are reminded of the distance between the infinite, eternal, perfect God and finite, temporal, fallen man. We are reminded of the reality of mystery in God’s being.