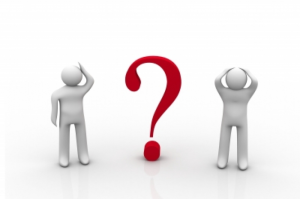 This is the second in a short series that is presenting the various views of commentators in their understanding of the opening verses of Revelation, specifically Revelation 1:1, 3. These verses introduce the book and are therefore crucial for its understanding. However, commentators disagree on how these verses are to be interpreted.

So now I will be presenting two more view of these verses.

The events were prophesied to be soon, but as was customary with Israel’s prophets, the special prophetic language is intentionally “ambiguous.” Prophetic ambiguity is intentional and designed to heighten the hearers’ expectations for moral purposes of readiness. Though not applying his discussion to Revelation, we may easily see how Scot McKnight’s understanding of Hebrew prophecy would explain John’s nearness imagery.

In discussing Jesus’ Gospel statements regarding the nearness of the kingdom and the apocalyptic judgments associated with it, McKnight (A New Vision for Israel, 1999: 129) writes: “I will argue that Jesus had an imminent expectation and that this view is consistent with the prophetic movement in Israel. His perception was not erroneous. In its limitation, ignorance, and ambiguity, prophetic knowledge is not erroneous knowledge, but it is different from everyday, empirical knowledge.”

Though McKnight (129) argues against employing “exegetical gymnastics” to evade the import of prophetic near-term pronouncements, his approach seems to encourage just that. John’s statements are quite clear, repeated, and balanced with one another. He opens (1;1, 3) and closes (22:6, 10) with these nearness statements. He never declares that he does not know the time; he does not use ambiguous language in making his statements. Any prophetic-ambiguity argument will not suffice to discount the approaching judgments.

The events are declared to be soon, but only for dramatic, motivational purposes. J. Ramsey Michaels (Revelation, 48) argues that

“Christians tend to get nervous about any implication that the Bible might be mistaken. yet a great deal is lost when the striking words soon and the time is near are not given their proper force. The conviction that the end of the world is near is what makes the book of Revelation larger than life. . . . The intense awareness of the end of all things infuses the book’s imagery with sharpness and rich color. The announcement that ‘the time is near’ provokes not resignation or a feeling that nothing matters, but on the contrary a kind of jubilation at the preciousness of life and at the world God created and will create anew in the events that must soon take place.”

James L. Resseguie (Revelation, 63) holds a similar view when he states that John is building a sense of “tension” in his dramatic work. Harry O. Maier (Apocalypse Recalled, 124) comments that “Jesus, like Godot, is just around a corner that is never turned.”

The Book of Revelation Made Easy
(by Ken Gentry)

Perhaps we may suppose that this approach would have infused the book with sharpness and color for its original recipients. But now nineteen hundred years of delay would surely dull that cutting edge and wash out the color considerably. This simply will not do.

Thus, I hope you will return for my next presentation, the third in this series.