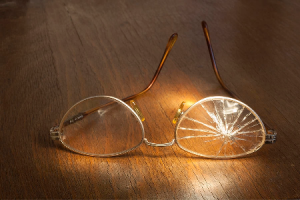 So, let us continue exposing the error.

In The New Scofield Reference Bible at Ezekiel 43:19 we read: “The reference to sacrifices is not to be taken literally.” How can this be? Indeed, on the opposite side of the issue we should note the dispensationalist treatment of Isaiah 52:15, which reads: “So shall he sprinkle many nations.” The New Scofield Reference Bible comments: “Compare the literal fulfillment of this prediction in 1 Pet. 1:1–2, where people of many nations are described as having been sprinkled with the blood of Christ.” Is this literal? When was Jesus’ blood literally sprinkled on the nations? This sounds more like “spiritualizing” than “consistent literalism.”

But when it supports their eschatological system, dispensationalists vigorously argue for literalism. For instance, of Isaiah 9:7 the New Scofield Reference Bible explains: “‘The throne of David’ is an expression as definite, historically, as ‘the throne of the Caesars,’ and does not admit of spiritualizing.” [NSRB, 721] Yet dispensationalist Gordon H. Johnston writes: “God will fulfill His promises in the Davidic covenant (2 Sam. 7:8–16) to establish the eternal Davidic dynasty over Israel through a single ideal Davidic King who will reign eternally (Ps. 89:20–37).” [Gordon H. Johnston, “Millennium: Old Testament Descriptions of,” in Dictionary of Premillennial Theology, 269.] But when we read this passage we discover it expressly mentions David himself, not a “Davidic King”: “I have found David My servant; / With My holy oil I have anointed him, / With whom My hand will be established; / My arm also will strengthen him” (Ps 89:20–21).

Johnston continues: “The Davidic King will rule as the co-regent, Prince (Ezek. 34:24), under the divine kingship of YHWH (Ps. 72:19; Isa. 40:4–5).” [Johnston in DPT, 269] Pentecost states that “the promises in the Davidic covenant concerning the king, the throne, and the royal house are fulfilled by Messiah in the millennial age,” then lists Ezekiel 34:23–25 and Hosea 3:5 as evidence. [Pentecost, Things to Come, 476.] But Ezekiel actually states: “And I, the Lord, will be their God, and My servant David will be prince among them; I, the Lord, have spoken” (Eze 34:24). Hosea’s reference reads: “Afterward the sons of Israel will return and seek the Lord their God and David their king.”

Yet again Johnston declares: “Judah and Israel will serve the Davidic King.” [ Johnston, DPT, 269.] But the verse actually states: “But they shall serve the Lord their God, and David their king, whom I will raise up for them” (Jer 30:9). Literally it seems that David himself should be resurrected to rule. How can references to “David” actually mean Christ — in a strictly literalistic system?

The Jewish rejection of their Messiah is at least partially due to the problem that “the prevailing method of interpretation among the Jews at the time of Christ was certainly the literal method of interpretation.” [Pentecost] After all, when Christ confronts Nicodemus, he points to this very matter: “Jesus answered and said to him, ‘Are you the teacher of Israel, and do not know these things? . . . If I have told you earthly things and you do not believe, how will you believe if I tell you heavenly things?’ “ (John 3:10, 12). Literalism plagued the Jews throughout Jesus’ ministry.

The Apostle John and Literalism

John’s Gospel presents almost a case study in the error of literalism.

In John 2:19–21 Jesus is speaking of his body-temple being destroyed and rising again, but the Jews think he is talking about the literal “temple.”

In John 3:5–7 Nicodemus thinks Jesus’ reference to being “born again” requires that a man literally re-enter his mother’s womb.

In John 4:10–15 is speaking to the woman at the well about spiritual water, whereas the woman thinks he is referring to literal water.

In John 4:31–38 Jesus says he has food to eat, which makes his disciples think he is referring to physical food, not spiritual sustenance.

In John 6:31–35, 51–58 Jesus calls himself “bread” that men must eat and refers to drinking his blood, which his audience thinks are calls to cannibalism.

In John 8:32–36 Jesus talks about being spiritually “free,” but his audience think he is speaking of breaking from physical slavery.

In John 8:51–53 promises that those who keep his word will never die, which his hearers interpret to mean they will never physically die.

In John 9:39–40 Jesus speaks of being “blind,” which makes the Pharisees think he is speaking about physical blindness. In John 11:11–14 Jesus states that Lazarus is “sleeping,” but “Jesus had spoken of his death, but they thought He was speaking of literal sleep.”

In John 13:33–37 Jesus informs his disciples that he will soon be leaving (by which he means “dying”), but Peter thinks he is physically traveling somewhere else.

Literalism is literally a fraud. It has no form nor comeliness that we should desire it. To say the least.

OLIVET IN CONTEXT: A Commentary on Matthew 21–25

I am currently researching a commentary on Matthew 21–25, the literary context of the Olivet Discourse from Matthew’s perspective. My research will demonstrate that Matthew’s presentation demands that the Olivet Discourse refer to AD 70 (Matt. 24:3–35) as an event that anticipates the Final Judgment at the Second Advent (Matt. 24:36–25:46). This will explode the myth that Jesus was a Jewish sage focusing only on Israel. The commentary will be about 250 pages in length.

If you would like to support me in my research, I invite you to consider giving a tax-deductible contribution to my research and writing ministry: GoodBirth Ministries. Your help is much appreciated!