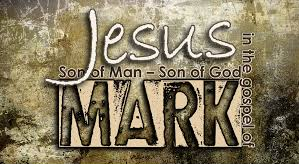 In my last article I began a brief series on the influence of Daniel 7:13 on Mark 9:1. In that article I covered only one point of my six-step argument. I dealt with the vitally important issue of “The Meaning of Daniel 7:13 in Prophecy.”

I noted that, despite the great familiarity of this verse to most Christians, more often than not it is woefully misunderstood and misapplied by evangelical pastors and laymen. I argued that it does not speak of Jesus’ Second Coming back to earth at the end of history. Rather, it is an enthronement vision picturing Christ entering into heaven before God to receive authority and a kingdom.

With this interpretation in mind, I have laid the basic foundation for understanding Jesus’ use of it. But now, let us continue.

II. The Appearance of Daniel 7:13 in Mark

Daniel 7:13 is used by Christ on at least three occasions in Mark’s Gospel (Matthew uses it on those occasions, as well as in the Great Commission in Matt. 28:18–20). Two of those are more clear and widely accepted by scholars, whereas one of those becomes obvious only after recognizing the other two. Let me explain.

“Then they will see the Son of Man coming in clouds with great power and glory” (Mark 13:26).

“And Jesus said, ‘I am; and you shall see the Son of Man sitting at the right hand of power, and coming with the clouds of heaven’” (Mark 14:62).

In the Days of These Kings: The Book of Daniel in Preterist Perspective
by Jay Rogers
This orthodox preterist analysis of Daniel is not a book, but a library. Extremely helpful for the postmillennial orthodox preterist.
For more study materials, go to: KennethGentry.com/

In these verses Jesus clearly applies the language from Daniel’s passage. This shows the influence of Daniel in Jesus’ public teaching. But this leads us to consider:

Though in Mark 9:1 Jesus does not directly cite Daniel 7:13, a careful reading of the text virtually demands that Daniel’s prophecy be present in Jesus’ mind as he speaks. This Marcan passage reads:

“And Jesus was saying to them, ‘Truly I say to you, there are some of those who are standing here who will not taste death until they see the kingdom of God after it has come with power.’” (Mark 9:1)

In demonstrating Daniel’s influence on Mark 9:1, let us note the following three links drawing them together literarily, as well as historically.

(1) Divine kingship. We have already seen that Daniel has a strong influence on Mark 13:26 and 14:62. Like those two verses Mark 9:1 also envisages divine kingship. This is an important element in all three passages in Mark, which provides us an important linkage between them.

(2) Messianic identity. Not only is kingship central to all three Marcan passages, but so is Daniel’s “Son of Man,” the focal figure in his prophecy. The Son of Man is specifically mentioned in the very texts of both Mark 13:26 and 14:62. But though not mentioned in Mark 9:1, the Son of Man appears in the immediately preceding contextual lead-in (despite the unfortunate chapter break in our English versions that obscures this fact).

The lead-in to Mark 9:1 states: “For whoever is ashamed of Me and My words in this adulterous and sinful generation, the Son of Man will also be ashamed of him when He comes in the glory of His Father with the holy angels” (Mark 8:38). As I note elsewhere regarding Matthew’s parrallel verse (see PMW 2018-061), Mark 8:38 does speak of the Second Coming of Christ and the Final Judgment resulting from it. This, then, will require that we understand Jesus’ reason for mentioning the Second Coming in this context.

In Mark 8:34–37, Jesus is warning his disciples that they must follow him and be willing to lose their lives for him. So in v. 38 he promises that when he returns to earth in his Second Advent, he will reward them for their forfeiting their lives for him. Then, in order to prove he has authority to judge and reward men at the distant end of history, he theologically links his Second Coming to a near-term event, which they will all see. For in Mark 9:1 he adds: “Truly I say to you, there are some of those who are standing here who will not taste death until they see the kingdom of God after it has come with power.”

The link between Mark 8:38 and 9:1 demonstrates his authority as the Son of Man at his distant Second Advent (Mark 8:38), which he will prove in the near-term event spoken of in Mark 9:1 (see point IV. below). In fact, this demonstration will occur before “some of those standing here … taste death.” So then, Jesus’ warning of the long-term, eternal consequences of not following him (Mark 8:34) and not being willing to give up his life (vv. 35–37) is backed up by a dramatic near-term event (Mark 9:1) — which will be stated below.

(3) Temporal expectation. All three of the Marcan passages are also linked by their historical expectations. I will demonstrate this as a separate matter in point IV in my next article.