WILL THERE BE ANOTHER ICE AGE 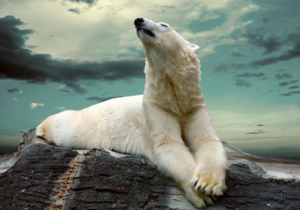 I remember the first time I saw the movie The Day After Tomorrow.1 I was fairly young, with a wild imagination, so when our community experienced a hailstorm shortly after, I thought we were about to experience another ice age. (I even started planning how my family and I would survive.) Now, years later, with a more informed understanding of the science behind the (actual) Ice Age, I am convinced that there is no reason to fear we will experience another ‘big freeze’. Unfortunately, most people don’t know what caused the Ice Age, and that only the biblical creation model explains it. This has resulted in some (I think unwarranted) panic and confusion on issues like ‘global warming’ and whether or not the earth is heading into another ice age as in the above movie. Let’s put those worries to rest.

Today, ice sheets and glaciers cover approximately 15 million km2 of the earth’s total land mass—roughly 10% of its land surface. Both young-earth and old-earth scientists agree that this is left over from an ice age. But there is much disagreement as to the number of ice ages that have occurred throughout Earth’s history, as well as over what causes an ice age to start and end. A proper understanding of these issues will help us with regards to whether Earth might face another ice age in the future.

Those who believe the earth is billions of years old argue that there have been multiple ice ages throughout Earth’s history, the most recent of which ended about 10,000 years ago.2 Proposed causal mechanisms for these massive glaciations have included large meteorite impacts,3 supervolcano eruptions,4 and changes in things such as atmospheric carbon dioxide,5 the sun’s output,6 and the moon’s orbit.7 The most popular model today relies on so-called Milankovitch cycles, which posit that fluctuations of about two degrees in the earth’s axial tilt every 41,000 years, and changes in its elliptical orbit around the sun every 100,000 years, would produce a cooler climate.8 The proposed effects of these mechanisms are much reduced precipitation, with rainfall half of what it is today, and global average temperatures about 5–10°C below today’s.9

A major difficulty with all these ideas is that the proposed effects on global temperatures are too small to trigger an ice age, leading old-earth scientists to further propose ‘positive feedback’ mechanisms to amplify the change.10However, these are unsubstantiated.11

An even bigger problem is that, while the proposed changes could account for the freezing of the oceans,9 simply cooling down the earth’s temperature will not cause ice to build up on the continents. Instead it would create a cold desert, like most of northern Siberia and Antarctica today.12 In order for continental ice build-up to occur, there would need to be increased precipitation of ice and snow12 and, unfortunately for old-earth scientists, all of the proposed theories can only account for temperature change. A plausible explanation for an ice age needs a mechanism13 that would provide not only lower temperatures but also increased precipitation of ice and snow.

And finally, proponents of these views remain in the dark as to why an ice age would end—that is, why the snow and ice would cease to accumulate and begin to thaw.14

Contrary to old-earth ideas, models based on biblical history propose that only one Ice Age has occurred and that it took place subsequent to and as a direct result of the global Flood (about 4,500 years ago). This Ice Age is understood to correspond to what old-earthers call the Pleistocene Ice Age (1.8 million years long in the old-earth timeline), though taking place over a much shorter span of time—about 700 years. As for the supposed ‘earlier ice ages’,2 examination of the evidence indicates that their features are different from those of the Pleistocene one. They are better interpreted as huge underwater landslides caused by massive sediment movement during the Flood.15

Unlike old-earth scientists, young-earth scientists have a scientific model, drawing on the events of the Flood, that can explain both the beginning and the end of the Ice Age.16 The catastrophic, tectonic and volcanic activities during the Flood would have made the post-Flood oceans warmer than they are today (evidenced in ice core samples). This caused much greater evaporation, leading to increased precipitation of ice and snow, allowing ice to accumulate on the continents.

Furthermore, all that volcanism would release fine volcanic dust and aerosols high into the atmosphere, reflecting a larger percentage of sunlight back into space, keeping the interiors of the continents cooler in summer than today. This would prevent the snow and ice that fell on the continents in winter from fully melting the following summer, allowing the ice to build up from year to year. . . .

To read footnotes and to complete the article: click

2 thoughts on “WILL THERE BE ANOTHER ICE AGE”