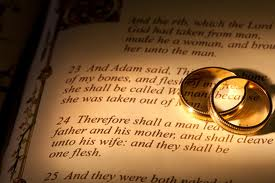 Gentry note: This is an excellent article on an important culture topic which greatly impacts one’s worldview. Sadly many Christians are succumbing to the liberal agenda for our culture, even in an area historically opposed to biblical norms.

Three reasons that abandoning God’s design for marriage is bad for society.

Even now that same-sex marriage has become widely accepted in many countries, Christians cannot surrender. We must continue to lovingly and graciously stand for the truth. Also, if we want to be effective, we must learn to articulate the reasons why gay marriage not only violates God’s moral standard, but actually harms society. Indeed, a faulty view of marriage will create many victims, as we highlight in response to today’s question.

[M]y question is what do you think about gay marriage and adoption?

We have addressed this topic in a short booklet called Gay Marriage: right or wrong? You might want to pick that up from our webstore to read more details about some of the things that I’ll touch on below. Also, I’ll be drawing on a book called Truth Overruled by Ryan T. Anderson, which I’d recommend if you want another helpful resource.

The debate over same sex marriage is not fundamentally a disagreement about who can get married, but about what marriage is. Is marriage an arbitrary custom that people invented, one which they can define however they please? Or is marriage an institution established by God, well-matched to His design of human beings?

The Bible says that marriage is rooted in God’s creation of mankind (Matthew 19:4–8). In Genesis, we read how God made Eve out of Adam’s own flesh as a helper suited to him, and then the text says, “Therefore a man shall leave his father and his mother and hold fast to his wife, and they shall become one flesh” (Genesis 2:24).

Throughout Scripture, it is clear that marriage is a lifelong, exclusive covenantal union of two people—a husband and a wife—which forms the foundation for the family. That is, marriage is oriented toward producing and raising children, if God so blesses (Genesis 1:28; Malachi 2:15). God created us male and female to complement one another, and the production of children requires both a man and a woman. So there cannot be any such thing as gay marriage, because marriage requires husband and wife.

Let me mention just a few of the problems with gay marriage and gay adoption, in particular.

If we abandon the Bible’s teaching on marriage and just make up new definitions as we go, then why couldn’t marriage be redefined in other ways? Why couldn’t it be more than two people, for example? Why couldn’t it be a temporary rather than a lifelong commitment? There’s a logical slippery slope from same sex marriage to polygamy, temporary marriages, and other corrupt practices, because the same wrong thinking underlies these ideas—that people rather than the Creator have the authority to decide what marriage is. Sadly, once the definition of marriage is separated from the Creator’s design, it becomes so flexible that it begins to lose any significant meaning. Indeed, many homosexual activists have admitted that their real goal is to destroy the institution of marriage altogether. They realize that championing same-sex marriage works toward undermining the norms of marriage (like monogamy, permanence and exclusivity) and ultimately even the very concept of marriage itself.

But healthy societies are built on healthy families. The more we move away from the biblical teaching on marriage, the more we’ll have broken homes, because other arrangements simply do not work as well as God’s design. Logic indicates that the undermining of marriage will lead to an increase in cohabitation, divorce, single parenting, abortion, etc., and various studies help to confirm this. The weakening of marriage will place a burden on society as a whole, because others will have to step in with time, energy, and money to try to repair the damage. They will have to minister to hurting adults and help to raise the children of broken homes, and those children will be more likely to get into trouble, causing further problems. This leads to my next point.

What’s wrong with same-sex couples producing children through a surrogate or adopting children?

The fact that many children require adoption means they are already in a less-than-ideal situation. The ideal is that children would be raised by their own parents. Children long for and tend to be healthier when raised by their biological mother and father.

The next best thing, though, would be for children to be raised by a married, opposite-sex couple, as opposed to a single parent or a same-sex couple. Adoption by a same-sex couple would give children additional difficulties to overcome instead of giving them the best chance for success. This is because same-sex parenting would deny children the ability to have a parent of each gender (both a mom and a dad). This isn’t good, because men and women parent differently. They bring different strengths and weaknesses to the table, so children learn different lessons from mom than they do from dad, and vice versa. . . .