JIHADI WHO TURNED TO JESUS 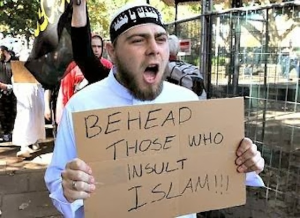 When 22 Christian refugees gathered in the basement of an apartment in Istanbul early on a recent Sunday afternoon, it was quickly clear that this was no ordinary prayer meeting. Several of them had Islamic names. There was an Abdelrahman and even a couple of Mohammads. Strangest of all, they jokingly referred to their host — one of the two Mohammads — as an irhabi. A terrorist.

If Bashir Mohammad took the joke well, it was because there was once some truth to it. Today, Mr. Mohammad, 25, has a cross on his wall and invites other recent converts to weekly Bible readings in his purple-walled living room. Less than four years ago, however, he says he fought on the front lines of the Syrian civil war for the Nusra Front, an offshoot of Al Qaeda. He is, he says, a jihadi who turned to Jesus.

It is a transition that has surprised everyone, not least of all himself. Four years ago, Mr. Mohammad tells me, “Frankly I would have slaughtered anyone who suggested it.” Not only have his beliefs changed, but his temperament has, too. Today, his wife, Hevin Rashid, confirms, with a hint of understatement, that he is “much better to be around.”

The conversion of Muslim refugees to Christianity is not a new phenomenon, particularly in majority-Christian countries. Converts sometimes stand accused of trying to enhance their chances of asylum by making it dangerous to deport them back to places with a history of Islamist persecution.

Mr. Mohammad’s particular experience, however, does not fit easily into this narrative. He lives in a majority-Muslim country, has little interest in seeking asylum in the West and treads an unlikely path followed by few former jihadis.

His is a story that began in a Kurdish part of northern Syria, Afrin, where he grew up in a Muslim family. Mr. Mohammad flirted with extremism in his teens. His cousin took him to hear jihadist preachers as a 15-year-old, and he adhered to some of the most extreme interpretations of Islam, “even the ones you haven’t heard of.” But when war broke out in Syria, after the country’s 2011 uprising, Mr. Mohammad initially joined the secular Kurdish forces in their fight for autonomy.

Mr. Mohammad’s subsequent ideological journey rarely made complete sense. But by his account, he became traumatized by the deaths he witnessed on the front line, which in turn re-energized his interest in the extremist versions of Islam that he had learned about as a teenager.

“When I saw all these dead bodies,” he said, “it made me believe all these things they said in the lectures. It made me seek the greatness of religion.” Or, at least, his violent interpretations of that religion.

When a friend invited him to defect in summer 2012 to the Nusra Front, a group that seeks to establish an extremist state, Mr. Mohammad readily agreed. As a Nusra fighter, he continued to witness extreme brutality. His colleagues executed several captives by crushing them with a bulldozer. Another prisoner was forced to drink several liters of water after his genitals were tied shut with string.

This time, however, Nusra’s propaganda made the violence seem tolerable. “They used to tell us these people were the enemies of God,” Mr. Mohammad said, “and so I looked on these executions positively.”

When I first met Mr. Mohammad, in his basement, I guessed at none of this. In fact, I was there to observe one of his guests, a Yazidi who had converted two months earlier. Mr. Mohammad seemed to be the group’s glue and behaved as though he had been born and bred a Christian.

It was Mr. Mohammad who led the first prayers and chants. (“People who have fled their homes,” began one, “God bring them safety.”) And it was he who distributed the coffee afterward. His calm poise was jogged only when his guests jokingly referred to him as. . . .