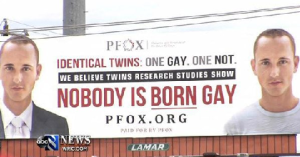 On March 10, ABC’s “20/20” aired a year-long investigation on several “Christian camps” reported to be practicing so-called “gay conversion therapy.” Shockingly, the exposé revealed unspeakable abuse and torture by several unlicensed “pastors” operating reform schools for troubled youth, some of whom identified as gay or lesbian.

Unfortunately, ABC was more sensational than accurate in their reporting when comparing these rogue, abusive camps to licensed therapy for youth struggling with unwanted same-sex attractions and gender confusion, a practice that gay activists have aggressively sought to shut down in more than 25 states and cities across the country.

Gay conversion therapy is a made-up term coined by gay activists to describe a practice where a client is changed from gay to straight — often involving teenagers, against their will, and usually in the case where a religious or unaccepting parent is the impetus. In my clinical experience, I have worked with hundreds of parents and teenagers struggling with sexual and gender identity. Not once have I ever allowed a parent to force or manipulate their child to change.

As a former homosexual and licensed psychotherapist that specializes in sexual and gender identity, I understand that same-sex attractions and gender confusion are the result of many underlying factors; and when parents heal the wounds and work through dysfunctional patterns within the family, relational and emotional healing occurs with the child. In some cases, this results in a redefinition or new understanding for the child struggling with sexual and gender issues – even a change in the way he or she identifies.

Dr. Butterfield goes to great lengths to clarify some of today’s key controversies. She also traces their history and defines the terms that have become second nature today-even going back to God’s original design for marriage and sexuality as found in the Bible. She cuts to the heart of the problems and points the way to the solution.

But this is not what was portrayed in the 20/20 exposé. In the first minute, the commentator mentioned that five states have banned licensed counselors from engaging in “gay conversion therapy” with another 20 considering legislation this year. The show then quickly jumps to several sensational stories where desperate parents send their children, some of whom are gay and lesbian identified, to reform schools that work with a variety of youth who display oppositional behaviors. But none of these schools were “gay conversion therapy” camps with licensed therapists.

The scenes at these schools were horrific. Experiences were described where “pastors” intimidated gay youth with the “Bible or the belt” and in some cases, locked them up in small, isolated rooms for hours or days at a time as punishment for non-conformity.

Let’s be very clear: this is not acceptable; this is not justifiable in any circumstance; and this is not therapy. The fact that 20/20 did not even show or discuss professional therapy by licensed therapists, which is about healing and emotional change, is irresponsible journalism. It’s tantamount to fake news!

ABC is playing a sick, bait and switch game with the public. They report a story of abuse by unlicensed, untrained “counselors” abusing gay youth, and then subtly mention it alongside licensed therapy without clearly distinguishing between the two practices. This is a psychological technique called “jamming.” The media compares something legal, like licensed, ethical therapy, to something illegal or unethical such as unlicensed abuse in rogue camps, and then ties them together without clearly distinguishing between the two.

The problem is that what was shown on 20/20 was not therapy at all. Licensed, ethical therapists do not force or coerce teenagers to change, nor do they manipulate desperate parents to send their kids away to be reformed.

If you want to show this abuse but juxtapose it against what licensed, ethical therapists do in practice that would be the right thing to do. But these ABC journalists were not interested in showing ethical therapy or even distinguishing between ethical vs. non-ethical practices. They were only interested in sensationalism. . . .