THE REFORMATION OF WORSHIP 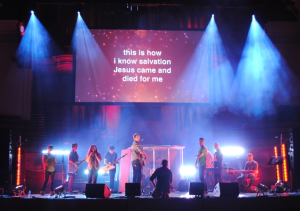 Doctrine and worship are mutually formative aspects of church life. What we believe determines how we worship, and over time the way we worship shapes what we believe. Accordingly, the Protestant Reformation was an attempt to reform both doctrine and worship according to Scripture and with respect for the customs of the ancient church. Unlike the Lutheran wing of the Reformation—which was reluctant to introduce extensive changes in worship—the Calvinistic Reformers sought to purge the church of all man-made rites, ceremonies, and ordinances that had corrupted pure worship with superstition and idolatry. For Luther, the Reformation was chiefly a war against works righteousness. For the Calvinists, the Reformation was primarily a war against the idols of Rome.

The Regulative Principle of Worship

Lutherans and Anglicans held that whatever is not forbidden in Scripture is lawful in worship, as long as it edifies the church. Presbyterians (and the Reformed more generally), however, insisted that whatever is not commanded in Scripture is forbidden as an act of worship. Not to command is to forbid. This is known as the regulative principle of worship. Scripture regulates worship not merely proscriptively but prescriptively. Hence, Presbyterians prohibited worship practices that are additional to Scripture, not merely those that are contrary to it. Lawful worship is established by God himself and cannot be the product of human invention. In the words of John Knox, “Any act of worship not commanded in Scripture is idolatry” (The Works of John Knox, 3:34).

Anabaptists also affirmed the regulative principle of worship, but they insisted that every act of worship had to be sanctioned by an explicit biblical precept or precedent. They rejected infant baptism, for example, because Scripture does not expressly command it, nor is there a clear example of it in the New Testament. Presbyterians, however, held that biblical warrant could be established not only by explicit precept or precedent, but also by good and necessary inferences drawn from Scripture (cf. Westminster Confession of Faith, 1:6). Furthermore, ordinances established by such inferences have divine authority and are just as binding as an express command. Thus, infant baptism, they reasoned, is commanded by God because it may be deduced from Scripture by good and necessary inference.

“Godly Worship”
7 downloadable messages by Ken Gentry
The Church of our Lord is to be a worshiping community. But today we are so experience-oriented and entertainment-driven that worship has been washed out. In this study we emphasize the significance of proper worship according to biblical principle. At the same time the study seeks to counter-balance those who would claim that we may only sing psalms in our worship service.
See more study materials at: www.KennethGentry.com

The Reformers insisted that since God is a God of order, worship must be conducted in a decent and orderly fashion (cf. 1 Cor. 14:33, 40). Consequently, many of the Reformers published liturgies or service books to guide ministers in their task of conducting worship. Beginning in the mid-1520s, Reformed liturgies were published and utilized in several cities, including Strasbourg, Zurich, Basel, Bern, Constance, and Geneva. It was Martin Bucer’s Strasbourg liturgy that inspired Calvin to publish a service book for the French-speaking refugees in Strasbourg (1540) and also one for the churches of Geneva (1542).

When John Knox pastored the English-speaking refugees in Geneva, he used an order of worship that was drawn from Calvin’s liturgy. Knox’s liturgy, known as the Genevan Book of Order (1556), was officially adopted as the standard of worship by an act of the General Assembly of the Scottish Presbyterian Church in 1564. Every minister in Scotland was required to “use the order contained therein, in prayers, marriage, and the administration of the sacraments” (William Maxwell, The Liturgical Portions of the Genevan Service, p. 8). This Book of Common Order, as it came to be called, was the official liturgy of the Scottish Presbyterian Church until it was superseded by the Westminster Directory for Public Worship in 1645.

For the Reformers, service books such as the liturgies of Calvin and Knox were necessary to maintain orderly worship. It is true that Calvin and Knox did not produce fixed liturgies like the Anglican Book of Common Prayer. However, they did not merely produce directories for worship either. Their discretionary liturgies contained formulas for prayer and the administration of the sacraments that could be read directly from the service book. But they also allowed ministers a measure of freedom to frame their own forms, provided that these were in keeping with the liturgy. In Reformed churches, ministers were required to honor the official liturgy, but they were also allowed to pray “as the Spirit of God shall move their heart,” said Knox (see the Genevan Book of Order). Discretionary liturgies do not contain fixed formulas that must be read or recited verbatim, but rather sample formulas for prayer and the administration of the sacraments.

In the age of pietism, sincerity in worship came to be measured by spontaneity and even informality. Consequently, all written forms of prayer—even the biblical forms of prayer, such as the Psalms or the Lord’s Prayer—were eventually excluded from the service of worship. To the pietists, printed prayer forms and liturgies were often seen as marks of pretense and formalism that would inevitably quench the Holy Spirit. The legacy of this rejection of printed orders and forms of worship may be seen today in the liturgical chaos that often characterizes modern evangelical worship. To be sure, in the history of Reformed worship, there is diversity, but the Reformed tradition has generally sought to worship decently and in order, thus avoiding idiosyncratic forms.

Once they discarded the pomp and theatrics of Roman Catholic worship, the Reformers eagerly recovered the pure and simple elements used in the apostolic age. In Acts 2:42, they discovered a basic outline of apostolic worship: “And they devoted themselves to the apostles’ teaching and the fellowship, to the breaking of bread and the prayers.” “The apostles’ teaching” refers to the ministry of the Word. “Fellowship” (koinonia) refers to the charitable distribution of material goods to those in need. The other two elements listed are “the breaking of bread,” meaning the Lord’s Supper, and prayer. Thus, in the apostolic era, a typical worship service consisted of the ministry of the Word, prayer, the Lord’s Supper, and almsgiving. Accordingly, Calvin says of Acts 2:42, “No meeting of the church should take place without the Word, prayers, partaking of the Supper, and almsgiving” (Institutes, IV.17.44). These divinely prescribed ordinances of public worship are the means through which the triune God establishes and nurtures fellowship and communion with his covenant people. Through these outward and ordinary means of grace, God gives to the church Jesus Christ and all his saving benefits by the power of his Holy Spirit.

In the nineteenth century, revivalism replaced these God-given ordinances of worship with new measures that were seemingly more effective at converting the unregenerate. For revivalists, the efficacy of a religious ordinance was measured by the subjective experience it produced in the worshiper. The Reformers, however, maintained that the value of any worship practice depended on its being ordained by God, being blessed by Christ, and carrying the Holy Spirit’s promise to work through it—not on its ability to produce some desired result (cf. Shorter Catechism, 91). These divinely instituted means of worship—Word, sacraments, prayer, the singing of psalms and hymns—must not be replaced or supplemented by any man-made rites, ceremonies, or traditions, no matter how effective they may appear to be at stimulating religious affections. Indeed, a lack of contentment with the outward and ordinary means of grace exhibits a lack of faith in God, who has promised to use them as a means of salvation.