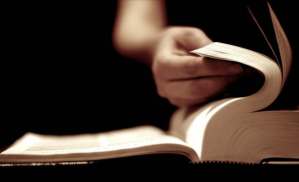 The beautiful structure of Matthew’s Gospel merits our attention as we consider the Great Commission. Blair comments regarding Matthew 28:18ff: “Here many of the emphases of the book are caught up.” Cook concurs: “With this sublime utterance St. Matthew winds up his Gospel, throughout which he has kept the principles, which are thus enunciated, distinctly before our minds.”

I would go a step further and note that what we read in the closing words of Matthew’s Gospel in the closing days of Christ’s ministry has already been anticipated in the opening words of the Gospel and of Christ’s earthly life and the beginning of His ministry. Thus, the very opening chapters of Matthew seem to expect the conclusion we get in the Great Commission. Let me just briefly draw out the parallels; they do not seem to be merely coincidental. They speak of a King who comes (Matt. 1-4) and receives sovereignty (Matt. 28) over a kingdom.

A. In the birth announcement to Joseph, we have the angelic declaration of the fulfillment of Isaiah 7:14 in Jesus’s birth: “Behold, the virgin shall be with child, and shall bear a Son, and they shall call His name Immanuel,” which translated means, ‘God with us'” (Matt. 1:23). “God with us” has come! B. In the conclusion of Matthew and in the Great Commission, we have the same theme: “And, lo, I am with you always” (Matt. 28:20b). “God with us” remains!

2. The Royalty of Jesus.

A. In Matthew 1:1 the royal genealogy of Christ is pushed forward: “The book of the genealogy of Jesus Christ, the son of David, the son of Abraham.” Here not only do we have Christ’s human name (“Jesus”) coupled with His Messianic name (“Christ”), but with the royal title “Son of David,” which is a familiar Messianic ascription to Christ in Matthew. As Hendriksen comments: “The genealogy presented in Matt. 1:1-17 is not an appendix but is closely connected with the substance of the entire chapter; in a broader sense, with the contents of the entire book.”

B. In Matthew 28:18 Christ comes to His disciples in the exercise of His recently secured royal authority: “All authority is given Me in heaven and on earth.” A fitting conclusion to a work opening with a royal genealogy.

3. Gentiles and the King. A. In Matthew 2:1ff we read of gentile magi coming from “the east” in search of Christ. They seek Him “who has been born King of the Jews” (Matt. 2:2a). B. In Matthew 28:19 we read of the sovereign King with “all authority in heaven and earth” sending His disciples in search of the gentiles: “Go, make disciples of all the nations.”

4. Christ Attacked. A. In Matthew 2 we read of a king’s attempted destruction of the young Jesus toward the beginning of His earthly sojourn: “Herod is going to search for the Child to destroy Him” (Matt. 2:13b). B. The Great Commission was given after the final attempted destruction of Christ by means of the crucifixion (Matt. 27:33ff) toward the end of His earthly ministry.

5. Israel Replaced by the Nations. A. In Matthew 3:9-11 John Baptist warns the Jews in Judea, who were so proud of their Abrahamic descent, that “the axe is already laid at the root of the trees” and that there was coming a fiery destruction of Jerusalem. B. In the Great Commission, Christ, the true Son of Abraham, while in Galilee (v. 16) after the Jews lied about His resurrection (vv. 12-15), commands His followers to “Go therefore and make disciples of all the nations” (Matt. 28:19).

6. Geographical Juxtaposition. A. In Matthew 3 Christ’s first public appearance opens with these words: “Then Jesus arrived from Galilee at the Jordan” (Matt. 3:13). His movement was from Galilee to Judea (Matt. 3:1). B. In the closing of Matthew and His ministry as recorded there, Christ’s movement is the opposite: He moves from Jerusalem in Judea to Galilee (Matt. 28:1, 6-7, 10, 16).

8. The Trinity. A. At Christ’s baptism we have one of the Scripture’s clearest evidences of the Trinity: “After being baptized, Jesus [the Son] went up immediately from the water; and behold, the heavens were opened, and he saw the Spirit of God [the Holy Spirit] descending as a dove, and coming upon Him, and behold, a voice out of the heavens [the Father], saying, ‘This is My beloved Son, in whom I am well-pleased'” (Matt. 3:16-17). B. In Christ’s baptismal formula in the Great Commission, we again have clearly reflected the Trinity: “baptizing them in the name of the Father and the Son and the Holy Spirit” (Matt. 28:19).

9. The Mountain. A. Before Christ formally begins His ministry, He endures the temptation by Satan in Matthew 4. There we read of the role of a “mountain” in the temptation to kingship: “The devil took Him to a very high mountain, and showed Him all the kingdoms of the world, and their glory” (Matt. 4:8). B. In the Great Commission, Christ speaks from a mountain with newly won royal authority: “the eleven disciples proceeded to Galilee, to the mountain which Jesus had designated” (Matt. 28:16).

10. Kingdom Given. A. In the temptation at the opening of the ministry of the Prophet, Priest, and King, Jesus Christ, Satan offers to give Him the kingdoms of the world: “The devil took Him to a very high mountain, and showed Him all the kingdoms of the world, and their glory; and he said to Him, ‘All these things will I give You, if . . .'” (Matt. 4:8-9). B. In the concluding Great Commission, Christ sovereignly declares that He had been “given” “all authority,” not only over the kingdoms Satan had authority over, but also in heaven: “All authority has been given to Me in heaven and on earth” (Matt. 28:18).

11. Worship. A. In the temptation, Satan seeks Christ’s worship of him: “All these things will I give You, if You will fall down and worship me” (Matt. 4:8). B. In the Great Commission, we read that Christ receives worship: “And when they saw Him, they worshiped Him” (Matt. 28:17).

The Gospel of Matthew is the larger literary context of the Great Commission. In this Gospel the sovereign kingship of Christ is initially anticipated (Matt. 1-4) and finally secured (Matt. 28:18-20). The literary (by inspiration) and the historical (by providence) paralleling of the beginning and end well support the notion that the Great Commission is a royal commission establishing the sovereignty of the “King of kings and Lord of lords.”

During Christ’s ministry, the long-prophesied kingdom came “near” and was gradually established in the world, as was intended. Consequently, men were pressing into it at His preaching. After He declares it judicially accomplished (“all authority” was given Him, Matt. 28:18) and after His formal coronation at His ascension into heaven, we read of later Christians declaring Him king and entering His kingdom. Christ today rules from the right hand of the throne of God.

The geographical, temporal, and literary contexts of the Great Commission all move us to recognize its royal dignity, its covenantal assertion of sovereignty. Upon the securing of His kingdom, the King of heaven and earth speaks of His kingdom task as He commissions His disciples. The kingdom that had been making advances in the ministry of Christ was judicially secured by right at the resurrection.

6 thoughts on “COMMISSION AND SOVEREIGNTY (3)”