A few years ago I was privileged to hear Dr. Wayne A. Briddle of Liberty University deliver a cogent, careful, and cordial critique of evangelical preterism (which he designated “partial preterism”). Dr. Briddle graciously allowed me a few moments at the end of his presentation to respond. He also asked if I would mind providing him some sort of critique of his presentation for his better understanding of the issues from my perspective. Here is my reply.

In his paper, Dr. Bridle provided a helpful summary statement regarding the nature of and evidence for preterism. His summary was apparently designed for an audience not thoroughly familiar with the debate. I commend him for his careful introduction of the topic. His summary should aid any one interested in the basics of preterism and its variant forms (from heterodox Hyper-Preterism or Full or Extreme Preterism to the Orthodox (“partial”) Preterism of R. C. Sproul, Gary DeMar, and Kenneth Gentry). END_OF_DOCUMENT_TOKEN_TO_BE_REPLACED 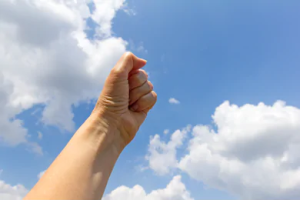 PMW 2019-081 by Gary DeMar (American Vision)
Al Mohler has written “Evolving Standards of Decency? How Progressivism Reshapes Society.” My question: “Where were Christians when the Supreme Court codified “evolving standards of decency”? Mohler writes that we share with progressives a belief “in a linear view of history…. We also believe that history doesn’t go forward and backward in time. But we do not believe as Christians that the world is always getting better and better. That’s actually a deformation of Christian doctrine. The reality is that the biblical worldview is so honest about the power of sin that we come to understand that societies do move forward in some terms economically, politically, certainly technologically, but they don’t move forward uniformly certainly when it comes to morality.” END_OF_DOCUMENT_TOKEN_TO_BE_REPLACED

I received this question from a reader. I think it might be helpful to other blog readers for me to answer it. Here is the question:

“As I’ve been reading your whole series on Revelation, I have come realize more and more how much we A-Mill Folks agree with you Post Mill Guys. But how does the loosing of Satan coincide with your postmillennial preterist hermeneutic? This seems to be the only area where I have a problem from the Preterist Viewpoint. Please advise where this fits.”

This is a good question that touches on an issue that seems to confront both preterism (Satan’s loosing occurs after 1000 years in a book set to transpire shortly) and to undermine the idea of the universal conquest of the gospel expected by postmillennialism. Postmillennialism is a theological construct whereas preterism is a methodology, rather than a theology. Both merge well in my understanding of postmillennialism. Let me explain. END_OF_DOCUMENT_TOKEN_TO_BE_REPLACED

One of the most frequent, forceful, and compelling objections against the postmillennial hope of world conversion is based on the problem of sin. Like me, many Christians are committed to Calvinistic doctrine regarding man’s total depravity. Total depravity teaches that man is a fallen sinner and depraved in every aspect of being. How can we have any hope for a better world governed by sinful men? END_OF_DOCUMENT_TOKEN_TO_BE_REPLACED 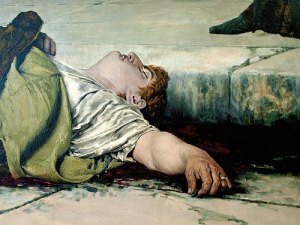 In my previous article I began focusing on Rev. 17:11 which reads:

“The beast which was and is not, is himself also an eighth and is one of the seven, and he goes to destruction.”

I pointed out that the idea of the “eighth” pictures a resurrection, a new beginning. But now we must ask: Who is this “eighth,” this resurrection of the beast?

“Here is the mind which has wisdom. The seven heads are seven mountains on which the woman sits, and they are seven kings; five have fallen, one is, the other has not yet come; and when he comes, he must remain a little while.”

END_OF_DOCUMENT_TOKEN_TO_BE_REPLACED

This is the second in a three-part study of the confusing verses in Revelation 17. I now move on to consider Rev. 17:11 and:

The eighth among seven?

In previous studies I argued that Nero is the personification of the beast. The evidence is quite clear and most compelling. But in Revelation 17:11 we read a statement which causes some difficulties with this interpretation. In fact, it “presents all interpreters with a real difficulty.” [1]

And the beast which was and is not, is himself also an eighth, and is one of the seven, and he goes to destruction. (Rev 17:11)

Of course, the main difficulties have been solved for I show above what he means by “the beast which was and is not” (cf. Rev 17:8). But now who is this “eighth”? How can there be an eighth in a series of seven? And how is he “one of the seven”? END_OF_DOCUMENT_TOKEN_TO_BE_REPLACED

As we focus on these statements, two important questions arise: (1) What is the significance of the beast being the one who “was and is not, and is about to come”? Is this one of the many instances of the beast’s divine pretensions, wherein he parodies divine eternality, which is the view of most commentators? And (2) does this description undercut the early-date position and preterist approach by declaring the beast (Nero) is already dead when John writes? After all, the angel states that he “was and is not [ouk estin].” END_OF_DOCUMENT_TOKEN_TO_BE_REPLACED