ISRAEL FULFILLED IN THE CHURCH 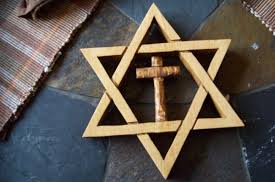 Gentry introductory note:
In my last blog posting I presented several chapters from R. T. France’s important book, Jesus and the Old Testament. That posting dealt with the transitional function of Mark 13:32 and Matt. 24:36, showing Jesus shifting his focus on the destruction of the temple in “this generation” to the final judgment on “that day.”

In this posting post material appearing just a few pages later, showing that the Christian church typologically fulfills the hope of Israel. These few observation provide us with a wealth of understanding of the relationship of the Church to Israel.

The following is taken from p. 238 of France’s, Jesus and the Old Testament.

To many, a reference to the Parousia and the end of the world is confirmed by this description of the angels gathering in the elect. This impression is derived from the English version rather than the original. While aggelos does indeed mean “angel,” its primary meaning is “messenger.” This is found with reference to human messengers in Luke 7:24; 9:52; James 2:25, and in the three synoptic quotations of Malachi 3:1 (Mk. 1:2; Mt. 11:10; Lk. 7:27). The subject-matter of the New Testament inevitably gives to the secondary meaning “angel” a larger numerical majority over this primary meaning, but this does not necessarily create a presumption in favour of the former; the context must decide.

If our argument hitherto has been correct, the context favours strongly the primary meaning. For this verse describes the sequel to the fall of Jerusalem. The Jews are no longer the people of God; now the true people of God, chosen from all nations, “from the four winds,” will be brought in. The agents of this “gathering of the elect” will be the preachers of the gospel, God’s messengers, his aggeloi.

Israel in the Bible and History (9 mp3 lectures)

by Ken Gentry
The people of Israel are the people of God. But the modern church is divided over the nature, call and identity of Israel. This lecture series covers key issues for understanding the biblical concept of Israel.

The language of the latter part of the verse is a compilation of Old Testament phrases concerned with the dispersion and regathering of the people of Israel. The sources seem to be Deuteronomy 30:4 and Zechariah 2:10 (EVV verse 6), with a further reference to Isaiah 27:13 in the “loud trumpet call” of Matthew. In such passages it is virtually impossible to distinguish between those which envisage a historic regathering of the exiles with no eschatological implications, and those which see this regathering as an accompaniment of the “day of Yahweh.” But among such prophecies both Deuteronomy 30:4 and Zechariah 2:10 are as free as any from eschatological language, and the context in both suggests a simple prediction of a historical regathering of Israel from exile and dispersion. Isaiah 27:13 falls in a more eschatological passage, but still speaks in specifically local terms of those exiled in Assyria and Egypt returning to worship at Jerusalem. The Old Testament sources, therefore, do not demand any eschatological sense in this verse. As we have seen, they are typologically applied ot the gathering of the Christian church, the true Israel; the events of AD 70 demonstrate that the Jewish nation has forfeited its special status, and it is I the community of Jesus’ followers that the hopes of Israel are to be fulfilled.

“Jesus, Matthew, and the Rejection of Israel” (downloadable mp3)
by Ken Gentry
Surveys the Gospel of Matthew and highlights the numerous references — direct and indirect — that suggest that Matthew’s Gospel was written (at least in part) to demonstrate that God was rejecting Israel. A great many passages in Matthew are surveyed and briefly elaborated upon.
See more study materials at: www.KennethGentry.com

Gentry concluding note:
France’explicates the typological fulfillment of Israel in the Church in many places. Basically, his book is arguing that Jesus uses the Old Testament differently from first-century Judaism. That explains why they did not accept Jesus as their Messiah. And this typological understanding is one of the results.

One thought on “ISRAEL FULFILLED IN THE CHURCH”