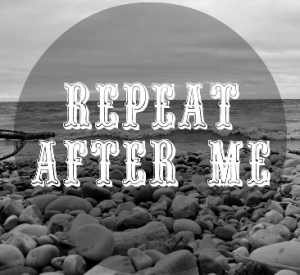 In my last article I introduced my rebuttal to the notion that Rev 20:1–3 (the binding of Satan) recapitulates Rev 12:7ff (Satan’s casting out of heaven). Recapitulation is a common feature within Revelation. But it does not appear everywhere that some think it does.

In this article I am continuing my response to G. K. Beale who argues for recapitulation on Rev 20:1–3. One’s approach to this question will influence his interpretation regarding a major figure in Revelation (Satan) and his judgment. I continue now with my fifth response to Beale.

(6) Beale notes that Satan’s fall results in the coming of Christ’s kingdom with his saints (12:10–11), just as 20:4 shows Christ reigning with his saints. But this coming of the kingdom appears elsewhere in Rev, in that John is showing from different historical angles Christ’s victory — from his incarnation, death, resurrection, ascension, session, and all the way through to AD 70. Rev 1:6 (cp. 1:9; 5:10) declares that he has already “made” (epoiēsen, aor. act.) us a kingdom of priests before John writes, whereas in other places (as in 12:10–11 and 20:4) the kingdom appears to come later in the drama. For instance, 11:15 declares the kingdom comes — but without any reference to Satan’s fall and as a result of events occurring after Christ’s resurrection-ascension (11:15, cf. 11:7–12). Beale (587) points out that tthe Rev 11 episode occurs “when they [the two witnesses] should complete their witness,” which for him “is to occur at the end of history.” Whereas he sees the binding of Satan in 20:1–3 as occurring in the first-century victory of Christ: “the restraint of Satan is a direct result of Christ’s resurrection,” which “was probably inaugurated during Christ’s ministry” and “climactically put in motion immediately after Christ’s resurrection” (Beale 985).

This mixing of dramatic episodes is much like Christ’s own claims while on earth. For instance, he teaches that before his death and during his earthly ministry he was binding Satan (Mt 12:28–29),. Yet elsewhere he associates Satan’s demise with his resurrection-ascension (Jn 12:31–32; cp. Col 2:14–15; Heb 2:14; 1Jn 3:8). He does this regarding his kingdom’s coming also, noting that his casting out demons (a fall of Satan: Lk 10:17–18) demonstrates that the kingdom has come (Mt 12:28). But later he refers to AD 70 as “the kingdom of God” coming “with power” (Mk 9:1; cp. Mt 16:28). The complex of first redemptive-historical events (Christ’s life, death, resurrection, ascension, Pentecost, session, and AD 70) are all aspects of his grand victory. We may equally speak of Satan’s demise beginning in Christ’s ministry or at his resurrection. And as I will show, for dramatic purposes John presents AD 70 as its starting point. In that AD 70 stands as the concluding act of that first-century cluster of truths, and is the dramatic, historical evidence of them (Mk 9:1; cp. Mt 21:43; Ac 2:19–20), and is shortly to come to pass (1:1, 3), John effectively uses AD 70 as his collect-all since it is the final, climactic one.

Nourishment from the Word
(by Ken Gentry)

(7) Beale (992) observes that the saints’ kingship is “based not only on the fall of Satan and Christ’s victory but also on the saints’ faithfulness even to death in holding to ‘the word of their testimony’” (12:11; 20:4). John can speak of faithful adherence to the word and testimony in the first century as well as in the last century. In fact, John himself was in Patmos in the first century “because of the word of God and the testimony of Jesus” (1:9; cp. v 2).

I am convinced that Rev 20:1–3 does not recapitulate Rev 12:7ff. They are two distinct phases in God’s judgment of Satan.