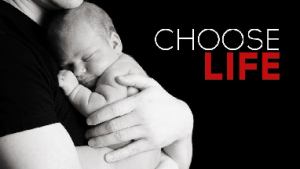 Abortion is the intentional killing of a human fetus by chemical and/or surgical means. It should not be confused with miscarriage (which involves no human intention) or contraception (which uses various technologies to prohibit sperm and egg from producing a fertilized ovum after sexual intercourse). Miscarriages are natural (if sad) occurrences, which raise no deep moral issues regarding human conduct-unless the woman was careless in her pregnancy. Contraception is officially opposed by Roman Catholics and some other Christians, but I take it to be in a moral category entirely separate from abortion (since it does not involve the killing of a fetus); therefore, it will not be addressed here.[1]

Rather than taking up the legal reasoning and history of abortion in America (especially concerning Roe vs. Wade), this essay makes a simple, straightforward moral argument against abortion. Sadly, real arguments (reasoned defenses of a thesis or claim) are too rarely made on this issue. Instead, propaganda is exchanged. Given that the Obama administration is the most pro-abortion administration in the history of the United States, some clear moral reasoning is called for at this time.

The first premise of the argument is that human beings have unique and incomparable value in the world. Christians and Jews believe this is the case because we are made in God’s image and likeness. But anyone who holds that humans are special and worthy of unique moral consideration can grant this thesis (even if their worldview does not ultimately support it). Of course, those like Peter Singer who do not grant humans any special status will not be moved by this.[2] We cannot help that. Many true and justified beliefs (concerning human beings and other matters) are denied by otherwise intelligent people.

Second, the burden of proof should always be on the one taking a human life and the benefit of doubt should always be given to the human life. This is not to say that human life should never be taken. In an often cruel and unfair world, sometimes life-taking is necessary, as many people will grant. Cases include self-defense, the prosecution of a just war, and capital punishment. Yet all unnecessary and intentional life-taking is murder, a deeply evil and repugnant offense against human beings. (This would also be acknowledged by those, such as absolute pacifists, who believe that it is never justifiable to take a human life.)

Third, abortion nearly always takes a human life intentionally and gratuitously and is, therefore, morally unjustified, deeply evil, and repugnant-given what we have said about human beings. The fetus is, without question, a human being. Biologically, an entity joins its parents’ species at conception. Like produces like: apes procreate apes, rabbits procreate rabbits, and humans procreate humans. If the fetus is not human, what else could it possibly be? Could it be an ape or a rabbit? Of course not.

When we separate personhood from humanity, we make personhood an achievement based on the possession of certain qualities. But what are these person-constituting qualities? Some say a basic level of consciousness; others assert viability outside the womb; still others say a sense of self-interest (which probably does not obtain until after birth). All of these criteria would take away humanity from those in comas or other physically compromised situations.[4] Humans can lose levels of consciousness through injuries, and even infants are not viable without intense and sustained human support. Moreover, who are we to say just what qualities make for membership in the moral community of persons?[5] The stakes are very high in this question. If we are wrong in our identification of what qualities are sufficient for personhood and we allow a person to be killed, we have allowed the wrongful killing of nothing less than a person. Therefore . . . .