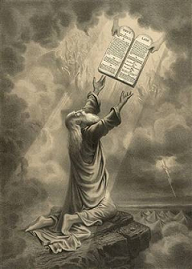 Postmillennialism is an optimistic eschatology. In its definition (as I give in my “Definition” page of this website), one expectation of postmillennialism is that “increasing gospel success will gradually produce a time in history prior to Christ’s return in which faith, righteousness, peace, and prosperity will prevail in the affairs of men and of nations.”

Contrary to some opponents of postmillennialism, it is essentially social-gospel liberalism. However, the postmillennial hope of righteousness and peace prevailing on the earth is a concrete expectation. Not just any sort of “righteousness” and peace will do. Postmillennialism expects God’s grace to change men so that they will live in terms of God’s Law.

Not only so, but this hope destroys any notion that we are now at the height of the postmillennial progress, because the gospel has touched so many nations. Some postmillennialists have suggested this. But we do not see God’s Law prevailing in the affairs of men and nations.

Christ is obviously the central figure in Christianity, and therefore in the postmillennial hope. And he strongly proclaims God’s Law as the continuing new covenant standard of righteousness. In this brief series I will present the basic argument that Jesus affirms God’s Law as necessary for the kingdom of God.

Several lines of evidence instruct us in Jesus’ affirming God’s Law for his new covenant people. In no way does he undercut the validity of the Law when he comes. In fact, he affirms, expands, and promotes it.

Summary for the case for the continuing relevance of God’s Law. A helpful summary of the argument from Greg L. Bahnsen’s Theonomy in Christian Ethics.

So let us see how he affirms God’s Law as the standard of kingdom righteousness.
In this Sermon we read:

Let your light so shine before men, that they may see your good works and glorify your Father in heaven. Do not think that I came to destroy the Law or the Prophets. I did not come to destroy but to fulfill. For assuredly, I say to you, till heaven and earth pass away, one jot or one tittle will by no means pass from the law till all is fulfilled. Whoever therefore breaks one of the least of these commandments, and teaches men so, shall be called least in the kingdom of heaven; but whoever does and teaches them, he shall be called great in the kingdom of heaven. For I say to you, that unless your righteousness exceeds the righteousness of the scribes and Pharisees, you will by no means enter the kingdom of heaven. (Matt 5:16–20)

In this and the following article I will give a brief, running commentary on exegetically significant points in this passage. I urge you to keep your Bible open for consultation as I make the following observations.

Early in the Sermon the Lord urges his followers to glorify God by doing good works: “Let your light shine before men in such a way that they may see your good works, and glorify your Father who is in heaven” (Matt 5:16). And then immediately he begins discussing God’s Law. His next words are: “Do not think that I came to abolish the Law or the Prophets; I did not come to abolish, but to fulfill” (Matt 5:17). By this close association he is linking “good works” with God’s Law, just as we would expect based on our study in the previous chapter.

The statement “do not think” (Matt 5:17) is an ingressive aorist verb that means: “do not begin to think.” As he opens his ministry he instructs his hearers that nothing he will say should make them even begin to suppose that he might be opposed to God’s Law. He does not want to be misunderstood as he corrects distortions and abuses of the Law that have arisen in Israel. In this Sermon (and elsewhere) he is correcting the abuse of the Law, not rejecting the use of the Law.

Furthermore, when he says, “Do not think that I came to abolish the Law or the Prophets; I did not come to abolish, but to fulfill” (Matt 5:17), he uses the Greek word kataluo which means to “dismantle, abrogate, dispose of thoroughly.” This word is used in his prophecy of the Temple’s stone-by-stone destruction: “Truly I say to you, not one stone here shall be left upon another, which will not be torn down [katalutetai]” (Matt 24:2; cp. Mark 13:2; Luke 21:6). This word also appears in 2 Corinthians 5:1 where it speaks of the rotting away of the physical body in death.

Rather than allowing his hearers even to begin to think this, he announces that he is seeking the opposite: “I did not come to abolish, but to fulfill” (Matt 5:17b). The conjunction “but” here is known as the strong adversative (Gk: alla). It provides sharp contrast, as in Matthew 10:34 which exactly parallels Matthew 5:17 in form and structure: “Do not think that I came to bring peace on earth. I did not come to bring peace but a sword.” Notice the strong contrast between the idea of “peace” and that of a “sword”; they are exact opposites. Likewise in Matthew 5:17 Jesus contrasts the idea of destroying the Law with fulfilling it; the ideas are juxtaposed as opposites. As Nolland observes: “‘Fulfill’ must be taken in a manner that allows it to be an appropriate counterpart to ‘annul.’”

The word “fulfill” (pleroo, Matt 5:17b) which the Lord uses here cannot mean or even imply one of its common meanings: “to bring to a designed end” (BAGD 828). This is true even though sometimes the word does mean just that (see: Matt 1:21; 2:15, 17; Acts 3:18; 13:27). If this definition were employed here, though, it would teach us that Christ lived out the requirements of the Law so as to complete its purpose and do away with it. But it surely does not mean that or anything equivalent to it because he contrasts this word with “destroy.” And if we interpret “fulfill” to mean “fulfill so as to bring to a designed end,” it would effect the very thing Christ denies: the abrogation of the Law. “Fulfill” here, then, must mean something different from this possible meaning.

In this context, then, the term pleroo must be understood in terms of another of its definitions: “to make full, fill (full)” (BAGD 828 [1]). That is, it is used here to mean “to fill up to full measure.” This would indicate restoring it to its true, God-intended meaning in opposition to Pharisaic distortions that have emptied it of that meaning. This would mesh well with all that we have studied regarding the Law to this point. In fact, Romans 3:31 (though using a different verb) states: “Do we then make void the law through faith? Certainly not! On the contrary, we establish the law.” He appears to be paralleling the sentiment of Christ’s statement here. Clearly then, according to Paul the New Testament confirms or establishes the Law rather than abolishes or removes it.

We find support for this interpretation just a few verses later in Matthew 5:20: “For I say to you, that unless your righteousness exceeds [perisseue . . . pleion] the righteousness of the scribes and Pharisees, you will by no means enter the kingdom of heaven” (cp. Matt 15:3– 9; 23:23). Jesus’ words emphasize this by bringing together two terms, perisseue [“full, abundant”] and pleion [“more”] which literally means “to be full more than.” Thus, his disciples must fill up the Law more than the scribes and Pharisees — for they effectively empties it.

As the leading teachers in Israel the Pharisees so redefine the Law by their own teaching that they virtually empty it of its true meaning. Consequently, Christ teaches that he comes to restore, to fill back up the Law to its original, divine intention, thereby rescuing it from the Pharisees and their emptying it. Nolland comments in this regard: “The fulfillment language represents a claim that Jesus’ programmatic commitment, far from undercutting the role of the Law and the Prophets, is to enable God’s people to live out the Law more effectively.”