THE CRUEL MERCY OF THE STATE 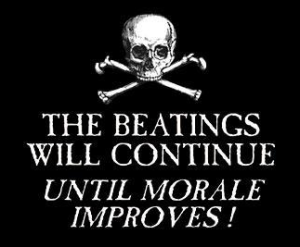 Gentry note: The postmillennial worldview is a WORLDview. Thus, it touches on every part of life, including matters of the State. In this article, Dr. Roberts briefly shows how the State’s attempt at providing mercy tend to produce cruelty as the theological foundation of true mercy is forsaken. This article is being posted the day after Christmas, a time in which we have celebrated the true mercy of God in Christ. We need always to be reminded that mercy comes from God, not the State. We must believe “In God We Trust,” not “In Government We Trust.”

In 1952 the state of Arizona established a Children’s Colony that at one time housed over 250 mentally and physically disabled children and adults. Legislative action in 1979 determined to close the facility and move its residents to normal society.

To that end, in the same year, a law was passed banning any new residents to the facility, and those that remained would either end their days there or, at some future time, be removed. In early 2016 there were around 86 residents, all mentally and physically disabled, and many of them in their 50’s and 60’s. They have known no other home.

The state decided last year that these men and women were to be discharged and the property sold. Various reasons have been given by the state as to why this action was being taken. None of those reasons satisfied many of the family and loved ones of the residents who were being impacted by the decision. Many suspected the real reason for the action was because the state wanted to sell the property for profit.

From ancient times state governments ignored the less fortunate in society. Ancient Roman society, for all of its advances over barbaric paganism was not a happy place if you become sick or born with a deformity.

The rise of Christianity brought sweeping changes to the ways that the most vulnerable in Roman society were treated. Because Christians believed that all human beings are created in God’s image, and because of New Testament exhortations to care for widows and orphans, and the example of The Good Samaritan, extensive networks of charity and care were developed to address the needs of the less fortunate.

The foundation of those networks was solidly Biblical and theological, and based on the belief that God, not the state, is sovereign. The decline of those theological commitments eventually lead to the state taking over, if not usurping, the ministry of the church in those areas. . . .