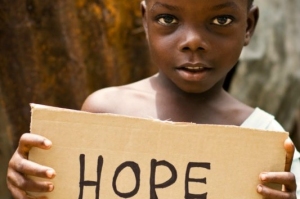 Gentry introductory note:
With widespread corruption in American politics, the declining fidelity of the church, the threat of Islam, and the danger of Kim Jong-un, many cannot bring themselves to believe that “the gospel is the power of God unto salvation” and that it will one day reign throughout the world. But we must learn not to “despise the day of small things.”

As we look at various places in the world, we see small mission works growing. They should give us encouragement in recognizing that the gospel will ultimately triumph on a global scale, even as we see it percolating in small places in the world today. This article provides a glimpse into the glory of gospel salvation. Read it, and be encouraged.

John Piper writes that “God is always doing 10,000 things in your life, and you may be aware of three of them.” This reminds me of our work here in Mbale, Uganda. God has been up to so many great and wonderful things, and we are in a privileged position to see some of what he is doing. Many areas of ministry are moving forward in exciting ways: • At Knox School of Theology (formerly Knox Theological College), where we teach courses and train pastors for the work of Christian ministry, we recently partnered with Livingstone International University so that we are able to offer accredited diplomas and bachelor’s degrees.

• Reformation Book Room has opened here in Mbale. It is a place for people to come and read excellent Reformed literature (which is hard to find in Uganda), meet friends, and drink coffee.

• Recently, two men were licensed to preach in the Presbytery, one man was ordained, and two are about to be ordained. The Lord is raising up leaders!

• Boreholes (water wells) have been drilled for two of our village churches with plans in place for more.

• At our Karamoja Station, a wonderful new medical clinic has been constructed. Two new families plan to arrive to assist the work in Karamoja in the coming months.

• Finally, our church in Mbale town, New Life Presbyterian Church, has grown in many amazing ways. It is this facet of the ministry I would like to write more about.

When our family moved to Uganda in 2012, the church had about twenty-five members and attendees, including our family of ten! We were meeting in a school room, sitting at desks designed for fifth-grade students. The church had no elders or deacons. Today, we have an average attendance of about 250, two elders, one potential deacon, and one intern. We have our own building, located in a slum area, an area with much poverty and many broken homes. Yet the Lord is at work in such places.

What does a typical week look like for the saints of New Life Presbyterian Church? For Sunday school, we meet together in the sanctuary and study topics such as gospel basics, the fruit of the Spirit, and spiritual disciplines. In worship, we sing in a variety of languages: Lugisu, Luganda, Swahili, and English. The sermons, delivered by Ugandan pastor Charles Magala as well as OP missionaries Dr. Charles Jackson and me, are translated into the local language (Lugisu). We are blessed by the sacraments: communion is once a month and there are many baptisms!

Our church has not been without its struggles, however. A significant number of our members have converted from Islam. This has been both very beautiful and very difficult. This past summer, a Muslim woman, along with her infant and two older children (aged thirteen and eighteen), began to attend church and Bible study after being invited by a church member. They were very interested in the gospel.

Postmillennialism
By Keith Mathison
The promises of the gospel offer hope of a brighter future for the families and nations of the earth. Mathison’s an optimistic eschatology supported by biblical, historical, and theological considerations.

Conversion from Islam Our church has not been without its struggles, however. A significant number of our members have converted from Islam. This has been both very beautiful and very difficult. This past summer, a Muslim woman, along with her infant and two older children (aged thirteen and eighteen), began to attend church and Bible study after being invited by a church member. They were very interested in the gospel.

However, they were being beaten by their Muslim father whenever they went to church. One week, the father attacked his thirteen-year-old daughter on the street as she was walking home from Bible study. Two of the young men of our church stepped in and grabbed her away from him. After this, things escalated quickly. The father began making death threats against the children, their mother, and the woman in our church who had invited them. The clan was also against them. Many prayers were offered! Police had to step in, the wife and children had to go into hiding, and private security was hired.

Through the prayers of God’s people, at a meeting with the church leaders and police, the father was convinced to sign a document allowing the mother and children to come to church. So they returned home and, praise God, they are being treated well. They have received baptism and joined the church, while praying for their husband/ father to also be saved. Praise God for the work he is doing and please join us in prayer for this family and others in similar situations.