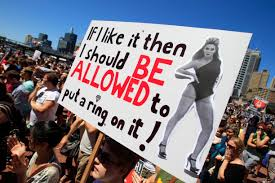 On the Road to Fashionable Ruin

Why should society care what people do if they are not affecting other people in ways which are harmful? John Stuart Mill in his essay On Liberty explores the question in detail but this sums up his position:

“…when a person’s conduct affects the interests of no person besides himself, or needs to affect them unless they like… there should be perfect freedom, legal and social, to do the action and stand the consequences.”

Classical liberals and libertarians concur with Mill. As collectivists, socialists demur. Though they might pretend otherwise as an exercise in the Marxist equivalent of taqiyya.

So where do conservatives stand? I can speak for only me. Mill has the default position right.

But notice I say it is the default position. In individual circumstances a lot turns how ‘affecting other people’ is measured. Take a narrow view of SSM and assume that it will not result in adverse consequences for religious freedom, for freedom of speech or for the inappropriate sexual conditioning of children. Highly unlikely assumptions all, but bear with me.

I intend joining a club which insists I meet a retinue of demanding requirements. I satisfy the requirements and join. Soon the club drops these requirements. Am I affected? I think I am. Though possibly, based on Mill’s injunction, if no-one joining my club affects me personally, what’s the problem? The problem is that my membership has been devalued, adulterated and sullied.

Secret Thoughts of an Unlikely Convert
(by Rosaria Butterfield)
Remarkable testimony of a lesbian professor who was a leading spokesperson for
the feminist movement, but whom Christ saved.
See more study materials at: www.KennethGentry.com

That’s all well and good but the horse has bolted; pretty well, anyway. SSM has come about in numbers of countries and will come about here. What to do? Rename heterosexual marriage? Clearly that wouldn’t work. Gays and lesbians would soon want to appropriate it for their own unions. It is sad but they appear to be uncomfortable in their own skins and desperate for societal ratification of their lifestyle.

If they believed their own spiel they would have been confident enough to get their own exclusive union. Alas, as it is, we are stuck with the absurdity of gay unions bearing the same description as heterosexual unions as though they are equivalent. It is yet another marker of the parlous state of our society. It is not a question of declining moral precepts, though that is generally evident. It is a question of declining common sense.

Why has common sense declined? We have broken into tribes where the things that bind us together have becomes weaker than those driving us apart. This isn’t just about ethnicity or religion or skin colour. I meet two groups of friends each week for coffee and chat. All of us, older than we would like to be, are white and male. Nevertheless, each group occupies its own distinct planetary bubble. Call them A and B. My home bubble is A. When in bubble B I am aware always of my alien status.

We have different premises. So, it doesn’t matter how logical the steps we end up in different places. For example, Christianity has played the defining role in who we are. . . .