REFORMATION WAS MORE THAN JUSTIFICATION

As we prepare to celebrate the 500th Anniversary of the Protestant Reformation, we celebrate the rediscovery of the foundational doctrine of justification by faith alone. It is the very breath that gives life to every Christian. It is one evidence of our new birth in Christ. However, my personal celebration will be mixed with sadness. Let me be plain about the reason for my dejection.

The Reformation was a movement of the Holy Spirit that changed western culture, but modern Reformed churches have created a pietism that is absorbed with individualism and the heart. The Kingdom of God has been identified with the church, and in my opinion, we have insulted King Jesus who will not be satisfied until he rules over all the earth. This rule will come about with the application of his law to all areas of life including science, politics, education, the arts, etc.

We have mishandled the Scriptures in order to conform to our own theological presuppositions rather than honestly deal with relevant texts. We have neutered the power of the Reformation. For example, in John 18:36 Jesus answered, “My kingdom is not of this world: if my kingdom were of this world, then would my servants fight, that I should not be delivered to the Jews: but now is my kingdom not from hence” (KJV). So, we are told by exegetes that God’s Kingdom has nothing to do with this world. It is located in the heart or in heaven.

It should be obvious that this is not what Jesus meant. In response to Pilate’s arrogance, Jesus reminded Pilate that the source of God’s Kingdom is not from this world (from hence). On the contrary, it is established in this world not by the power of swords and fighting servants, but through his own death and by the power of the Holy Spirit.

In the Lord’s Prayer, Jesus tells us to pray that God’s Kingdom will come to this earth. He goes on to tell us what that Kingdom will look like when we see it. God’s will — will be done on earth as it is in heaven. The earth is positioned as the complement of heaven, and not the heart or the church. Reformation Christians must not be satisfied until we see “the earth filled with the knowledge of the glory of the Lord as the waters cover the sea” (Hab. 2:14).

The modern church has become so obsessed with individualism and the personal examination of the heart to such an extent that it has become unable reflect the scope of the Protestant Reformation. This is depressing, and this is why I will not be a happy camper this year in the celebration of the Reformation. 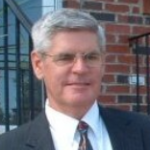 Larry E. Ball is a retired minister in the Presbyterian Church in America and is now a CPA. He is the author of “Blessed Is He Who Reads,” an orthodox preterist primer on Revelation. He lives in Kingsport, Tennessee.