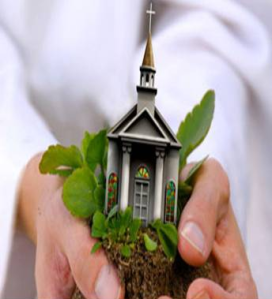 Amid the decades-long decline in mainline Protestantism in North America, researchers in Canada recently found an “elusive sample” of congregations whose growth has bucked the trend.

The key characteristic these exceptional Anglican, Presbyterian, Lutheran, and United churches had in common? Evangelical theology.

With fewer evangelicals and more secular surroundings than their brethren in the United States, Canada’s mainline denominations collectively lost half of their members over the past 50 years. Last year, a team of sociologists suggested that conservative theological beliefs-including emphasis on Scripture as the “actual word of God” and belief in the power of prayer-may be the saving grace keeping attendance up at 9 of 22 Ontario churches studied.

“Most people, especially academics, are hesitant to say one type of belief system is better than another,” said David Millard Haskell, the study’s lead author. “But if we are talking solely about which belief system is more likely to lead to numerical growth among Protestant churches, the evidence suggests conservative Protestant theology is the clear winner.”

The mainline congregations that kept growing by at least 2 percent a year emphasized markers typically associated with evangelical beliefs. For example, such churches described evangelism as the main mission of their church, were more committed to personal spiritual disciplines such as Bible reading, and saw Scripture as a singular authority.

Finding a Vision
(by Michael Milton)

Presents a biblical vision of church ministry and involvement.

Haskell’s study was one of the most popular papers published in the Review of Religious Research last year. His findings among Canadian churches echo trends that researchers in the US have been tracking for decades.

“Clearer theology leads to clearer practice. You know what you’re hanging on to,” said Jennifer McKinney, a Seattle Pacific University sociologist who studied mainline renewal. “Conservative churches are the ones that grow, and that’s still happening in the US.”

The thriving congregations were also more likely to affirm that “God performs miracles in answer to prayers” than were congregations in decline (pastors: 100% vs. 44%; attendees: 90% vs. 80%). Across survey measures, pastors of churches with declining attendance were the least conservative.

Rodney Stark, codirector of Baylor University’s Institute for Studies of Religion, noted similar findings in the US. His data shows that “there are pastors who are conservative, and their congregations are growing while their denominations decline,” the sociologist said.

Conservative theology fosters greater commitment, which leads to a greater sense of personal happiness and stronger bonds between church members, the Canadian researchers concluded. Christians at Ontario’s thriving mainline churches—on average, significantly younger than attendees in their denominations as a whole, with two-thirds under age 60—proved to be more evangelical in belief and in practice than fellow mainline attendees.

One thought on “CONSERVATIVE CHURCHES ARE GROWING”