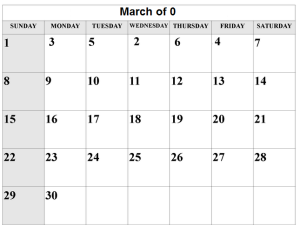 A straightforward reading of the Bible indicates that God created in six 24-hour days a little over 6,000 years ago. This is the way the church has understood it for most of the church’s history,1 and the way Hebrew scholars have always understood it.

However, with the rise of long-age claims in geology led by James Hutton2 and Charles Lyell3 about 200 years ago, some conservative Christians became intimidated. So they proposed schemes by which the Bible could accommodate these long–age ideas. Various views, unheard of before this time, sprung up: day-age, gap theory, framework hypothesis, theistic evolution.

All of these views have the baneful consequence of placing death before sin, including human death—even death by sinful means including cannibalism. However, the Gospel message in 1 Corinthians 15:1–4, 21–22, 26, and 45–49 tells us that Adam, “the first man”, “a man of dust”, sinned and brought physical death into the world as punishment. So Jesus, “the last Adam”, “the man of heaven”, came to die physically for our sin, then rise physically from the dead.4 Therefore, if death came before sin, then death is not the punishment for sin, so how could Jesus die for our sins?

This view asserts that the days of creation were long ages of time. This idea was unknown until evangelical Anglican theologian Stanley Faber (1773–1854) proposed that the days of Genesis 1 were really eons of time. This was not widely accepted until it was popularized by the Scottish geologist and professing evangelical, Hugh Miller (1802–1856), who abandoned the gap theory and started promoting the day-age view in his book Testimony of the Rocks. This was published in the year after his untimely death (by suicide). He speculated that the days were really long ages. Miller held that Noah’s Flood was a local flood and that the rock layers were laid down over long periods of time. The best known modern proponent of this view is Hugh Ross (1946– ) and his organisation Reasons to Believe, whose justifications for the view have been thoroughly discredited.5

As we have often shown, the days of Genesis 1 must be normal-length days, because they have both a number and an evening plus morning. Also, the Fourth Commandment explicitly cites Creation Week as the pattern for our working week (Exodus 20:8–11)—we don’t work for six eons and rest for one eon!

Even the order is wrong!

Some are attracted to the false Day-Age view because they think that if the time scale of Genesis were stretched out, then it would match the long-age/evolutionary order. But this view is naive, as will be shown. There are major contradictions between a straightforward reading of Scripture and the order claimed by uniformitarian/evolutionary ‘science’. Day-agers accept the evolutionary order, but just deny biological transmutation of kinds.

This is explained in the table (p.54) Some of the major highlights are:

1. Big bang theory places the big bang at 13.8 billion years ago, then for billions of years, stars were born and died, and from ‘stardust’ our own sun was born—all elements above helium were supposedly released by exploding stars.6 Then the earth and the rest of the planets formed about 4.5 billion years ago by somehow condensing out of a swirling cloud of gas and dust (nebula).7 Thus the sun came before the earth, and many stars came billions of years before the sun. But Genesis teaches that God made the earth on day 1, and the sun and stars on Day 4.

An in-depth sermon series on the opening chapters of the Bible from a Six-day Creationist perspective. Offers many insights into the reason Moses wrote the Creation Account, insights little recognized by the average Christian. This is set 1, which covers Genesis 1.

2. Some assert that what really happened on this fourth ‘day’ was that the sun and other heavenly bodies ‘appeared’ when a dense cloud layer dissipated after millions of years. This is not only fanciful science but bad exegesis. The Hebrew word ‘asah means ‘make’ throughout Genesis 1, and is sometimes used interchangeably with ‘create’ (bara’)—e.g. in Genesis 1:26–27. It is pure desperation to apply a different meaning to the same word in the same grammatical construction in the same passage, just to fit in with atheistic evolutionary ideas like the big bang. If God had meant ‘appeared’, then He presumably would have used the Hebrew word for appear (ra’ah), as He did when He said that the dry land ‘appeared’ as the waters gathered in one place on Day 3 (Genesis 1:9). . . .