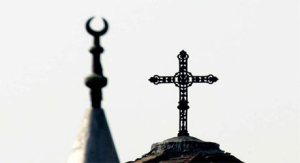 Ten-year-old Nadia wasn’t surprised when her father signed her marriage contract, nor when she had to move in with her 20-year-old husband two years later. Nadia’s experience is not unusual in the Islamic Republic of Iran. It also wasn’t out of the ordinary when her husband became an opium addict (Iran has the highest rate of drug addiction in the world). Two of Nadia’s brothers also succumbed to drugs. One was sentenced to prison for killing a man in a drug-related dispute, the other committed suicide. One day Nadia’s cousin who had recently become a Christian quietly gave her a New Testament in the Persian language.

Nadia prayed, ‘Allah, show me your truth.’ As she read it, Nadia said, ‘I felt my heart open like an old door. Inside I felt very warm and thirsty. It was like drinking cool water, and I wanted to drink it all.

‘From that time on,’ Nadia recalls, ‘Jesus’ work started in me. It was a strange happiness like nothing I’d ever known.’ Within a week she’d led her husband and three children to faith in Jesus.

The good news gets better. What Nadia experienced has been happening to thousands of other men and women throughout Iran (see Real Life, p.22), and across much of the Muslim world.

Five years ago, I began an investigation into increasing reports of Muslim movements to faith in Christ. (I defined a movement of Muslims to Christ to be at least 100 new churches started or 1000 baptised believers, all of whom have come to Christ over the past two decades.) I wanted to understand how and why entire communities were not only turning to faith, but being baptised – an act of confessional obedience that could earn them the death penalty under Islamic law.

My survey took almost three years and led me into every corner of the Muslim world. I travelled more than a quarter-million miles, from West Africa to the Indonesian islands. In the process, I visited 44 movements, each with more than 1,000 Muslim-background believers in Jesus Christ who had been baptised as a defiant act of their new-found faith. With the help of dozens of on-the-ground collaborators, I was able to gather more than 1,000 interviews with these courageous men and women.

I met Akbar al-Masih in the crowded Pakistani city of Rawalpindi. Akbar was a Muslim-background believer from Afghanistan. Like many Pushtun people, Akbar’s life had been torn apart by war. After the 2012 US invasion, Akbar joined millions of refugees who streamed into Pakistani slums and refugee camps. It was in Pakistan that Akbar met a Christian family who discipled him. I asked Akbar to tell me how he had come to faith in Jesus.

`My name at birth was Muhammad Akbar, which means “Muhammad is the Greatest”. Between the wars, I was in an open country looking for a job. One day I came upon a cinema showing a movie about the life of the prophet Isa (Jesus). I watched the movie alone, and learned many things that I did not know. I saw how they beat Jesus and nailed him to a cross. I said to myself, “Now Isa will call down fire from heaven to destroy them!”

`Instead, Isa looked down at them with compassion, and said, “Father, forgive them. They do not know what they are doing.”

`In my heart I said, “That is for me.” That is when I became a follower of Isa, and changed my name to Akbar al-Masih (the Messiah is the Greatest).’

The core question, from among a list of things I asked them, was, ‘What did God use to bring you to faith in Jesus Christ? Tell me your story.’ Christmas day found me in the Horn of Africa seated on the floor with 20 leaders from an ancient Muslim community. I listened in disbelief as they told me of their discovery that Isa al-Masih (Jesus Christ) was God among us; the only way of salvation. ‘C’mon,’ I said incredulously, ‘how many of you have been baptised?’ I knew that this act of commitment separated casual fans of Jesus from actual followers. To my amazement, 19 of the 20 leaders raised their hands. One of them laughed and pointed to the lone unraised hand: ‘He will be baptised next week.’

The next day a sheikh named Hasan told me his story. ‘An African evangelist gave me an Injil (New Testament) in the Arabic language. Because the Injil was in Arabic, God’s language, I knew that it must be true, so I began to read it.’ That night Hasan had a dream. ‘I saw a tall minaret. I was disturbed to see a man with an axe chopping the minaret down. When I looked closer, I saw that the man…was me!’

The shock of the dream awakened the sheikh in a panic. ‘I had the same dream three times,’ he said. ‘The next day, I found the evangelist who had given me the Injil. “What does this dream mean?” I demanded. He looked at me and smiled. “You will win many sheikhs to faith in Jesus Christ.”

Today, Sheikh Hasan travels from village to village, speaking to sheikhs, who are leaders of the Islamic community. ‘So far,’ he told me, ‘I have led 400 sheikhs to faith in Jesus Christ.’

As a Church historian, I needed to know if what is happening today was unique, or if it was something that had occurred periodically in the 14 centuries since Islam began. What I discovered was that the flow from one religion to the other has been almost entirely from Christianity into Islam. So what we’re seeing today in the Muslim world truly is unique.

Over the course of those 14 centuries, tens of millions of Christians have been swallowed up into the Muslim world. Most of the combatants that populate such groups as ISIS, al-Qaeda and Hamas all had ancestors who came from the very heart of Christendom.

What is happening in the Muslim world in our day that is prompting so many to leave Islam to embrace, at the risk of death, a new life in Jesus Christ?