WHAT VERSION DID JOHN USE? 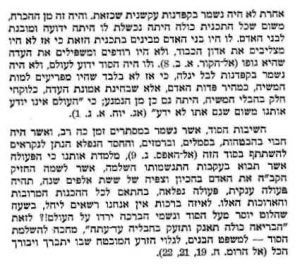 Revelation is the most Old Testament oriented book in the New Testament. It exceeds both Matthew and Hebrews in its alluding to the Old Testament. But an intriguing question arises regarding this extremely OT-influenced work: What is John’s specific OT version? We know he did not use the King James Version, despite many KJV-Only enthusiasts.

J. B. Lightfoot states that John’s allusions “are so free that we cannot say whether they were taken from the Hebrew or the Greek.” R. H. Charles disagrees, expressing his position dogmatically: “John translated directly from the O.T. text. He did not quote from the Greek Version.” Steve Moyise surveys the following noted Hebrew-source advocates in addition to Charles A. Vanhoye, C. G. Ozanne, A. T. Hanson, J. Fekkes, F. D. Mazzaferri, J. P. M. Sweet, and L. P. Trudinger. I would also add S. Thompson and B. Witherington. END_OF_DOCUMENT_TOKEN_TO_BE_REPLACED