In Rev 2:9 (cp. 3:9) we read Jesus saying to Pergamum: “‘I know your tribulation and your poverty (but you are rich), and the blasphemy by those who say they are Jews and are not, but are a synagogue of Satan.” Evangelical commentator Ramsey Michaels argues that the false Jews of “the synagogue of Satan” are actually non-Jews, just like the “false apostles” in the letter to the church at Ephesus were not actual apostles. In fact, this is the majority view among Rev commentators.

Against this position I would urge the following

First, why would anyone in the first-century Roman empire other than a racial Jew claim to be a Jew? END_OF_DOCUMENT_TOKEN_TO_BE_REPLACED 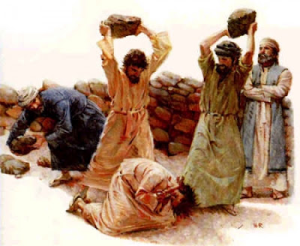 The final evidence from Revelation’s self-witness that I will mention focuses on the relationship of the Jew to Christianity in Revelation. And although there are several aspects of this evidence, I will just briefly introduce it. We may illustratively refer to two important passages and their implications regarding:

First, when John writes Revelation, by all appearances Christianity is in its early, formative, “Jewish” stage. Initially Christians tended to mingle with the Jews (since most of them were Jewish), considering themselves members of the true Israel, the “continuing Israel,” as it were. END_OF_DOCUMENT_TOKEN_TO_BE_REPLACED