REVELATION AND THE LENGTH OF THE JEWISH WAR 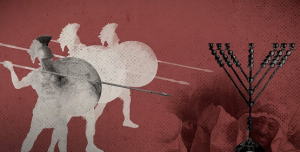 A reader of this blog site wrote an insightful and important question. This question is important because preterism emphasizes the history of the Jewish War as it relates to the judgment scenes in Revelation. Rather than treat his question as a comment which would not be seen by many, I thought I would make it an article. I hope you find this helpful.

I don’t know if this question is completely relevant to this post, but I figured it’s a good place to ask it. I was wondering if you have heard/read Phil Kayser’s messages on Revelation? He is also a partial preterist postmillennial and in preaching on Revelation 11:1-7, he writes (taken from the sermon, “The Two Witnesses, Part 1” preached on January 29, 2017):

“So how long was the war? If the only thing you read was the Partial Preterist commentaries (and I am in the Partial Preterist camp that believes most of chapters 1-19 has already been fulfilled) you would get the impression that the war was only three and a half years long. But all the early and later histories of the Jewish War with the Romans refer to it as a seven year war. Josephus, Eusebius, Hegesippus, Yosippon, Seutonius, Tacitus, and other ancient historians are consistent. And modern historians like Cornfeld, Mazar, Maier, and Schurer say the same.” END_OF_DOCUMENT_TOKEN_TO_BE_REPLACED 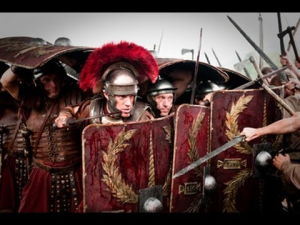 Revelation must be understood preteristically. That is, we must recognize that John was primarily writing about the Jewish War which led to the September AD 70 destruction of the Jewish temple and the conclusion of biblical (Torah-based) Judaism.

In Rev 11:1–2 we read a much debated passage: “There was given me a measuring rod like a staff; and someone said, ‘Get up and measure the temple of God and the altar, and those who worship in it. Leave out the court which is outside the temple and do not measure it, for it has been given to the nations; and they will tread under foot the holy city for forty-two months.’” END_OF_DOCUMENT_TOKEN_TO_BE_REPLACED