THE “SPIRITUAL BODY” IN 1 CORINTHIANS 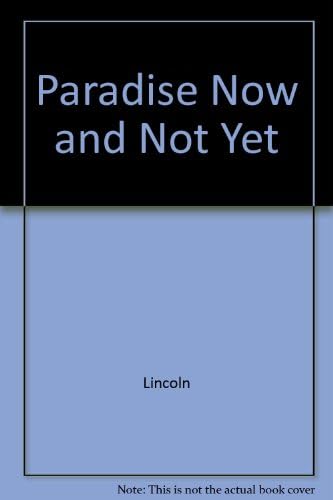 A key problem with  contemporary American Christianity is its disinterest in a careful study of Scripture. This encourages church membership decline as people drift away from the unnourishing pablum diet offered in too many churches. Sadly, it also gives heresies a footing in that true Christians have an internal emptiness due to their spiritual thirst for God’s word — even when they do not really recognize it (apparently confusing it with heartburn). Heresies can gain traction within evangelical circles when purveyors of heresy act like they are digging deeply into Scripture. We need Spirit-generated true revival whereby God’s people stand up and declare: “To the law and to the testimony! If they do not speak according to this word, it is because they have no dawn” (Isa. 8:20). I do not care how good the band is or how cool the pastor looks in his casual attire, we need more of the word declared in depth from the pulpit!

Unfortunately, a surface, non-contextual reading leaves the impression that Paul is declaring the resurrection body to be ethereal rather than physical. This results from a naive plucking of this text from its broader context without understanding what Paul is doing and what he is arguing against. I have heard several Bible teachers (competent ones who should know better) state that this passage undermines the concept of a future, physical resurrection. I am astonished that these folks are apparently unaware that all orthodox scholars know these two verses are in the Bible, many have dealt with them, and have shown that they do not undermine a corporeal resurrection body. All one has to do is look up a few evangelical commentaries on these verses. And yet, these confused Christian slide off into unorthodoxy as if there has been no explanation of this passage in all of Christian history.

What Paul is actually saying in these verses is that in the resurrection we will be fully controlled by the Holy Spirit over against our present control by animal appetites. To understand this, one must carefully deal with (1) the Greek grammar of the text while also (2) recognizing (in the context of the whole epistle) what Paul is dealing with in Corinth (a very troubled church).

I am currently engaging in research for a book on the Two-Age structure of redemptive history (you can help finance my research by donating to my tax-exempt ministry, GoodBirth Ministries). This redemptive-historical scheme distinguishes the current fallen world (“this present evil age,” Gal. 1:4) from the future perfected world in the consummation wherein we will receive eternal life in its fullness and finality (“the age to come,” Mark 10:30).

This Two-Age view explains that we are now living in the overlap of these two ages. That is, as believers we have one foot in the present world and one in the coming future world. Thus, we still live in this present evil age of fallenness (enduring temptation, suffering, and death), which will last until Christ’s Second Coming. Yet since his resurrection, we enjoy an advance penetration of the future into the present by way of the gift of the Holy Spirit, who was poured out at Pentecost in celebration of his resurrection victory (Acts 2). Consequently, believers are now tasting “the powers of the age to come” (Heb. 6:4–5), which coming age will bring in the fullness of eternal life, wherein we will be free from temptation, suffering, and death.

I said all that in order to introduce the explanation of the “spiritual body” that Paul mentions in 1 Corinthians 15:44–45. For Paul deeply leans on the Two-Age view to deal with the proto-gnostic problems in Corinth. And as noted above, he speaks of the resurrection body as a Spirit-body, i.e., a physical body driven fully by the Holy Spirit. In my reading I have come across an insightful book by Andrew T. Lincoln: Paradise Now and Not Yet (Baker 1981). And though his explanation is found in many commentaries on 1 Corinthians, Lincoln admirably expresses the matter in the following comments taken from pages 41 and 42 of his book.

When Shall These Things Be?
(ed. by Keith Mathison)
A Reformed response to the aberrant HyperPreterist theolgy.
Gentry’s chapter critiques HyperPreterism from an historical and creedal perspective.
See more study materials at: www.KennethGentry.com

All the following (after the heading) is a direct quotation of Lincoln’s argument. Lincoln writes (my very few translational additions or explanations are in brackets [ ]):

“In a Christian context pneuma (‘spirit’) was seen to be most appropriate for describing experience of supernatural endowment and was set over against the ordinary endowment of psuche [‘soul’]. Paul, then, takes up this terminology current among the Corinthians and gives it his own connotations. Those in Corinth who regard themselves as already possessors of the blessings of the eschatological kingdom thought of themselves as pneumatikoi [‘spiritual ones’] (cf. 3:1; 12:1; 14:37). They claimed a superior spiritual wisdom in contrast to those Christians who only had their ordinary psuche. To deflate such a boastful attitude Paul, in 1 Corinthians 2 and 3, takes up the term psuchikos [‘soulish’] and uses it against the very people who considered themselves ‘spiritual.’ It becomes synonymous with sarkinos [‘fleshly’] and sarkinos [‘flesh-like’] (1 Cor. 3:1, 3) and designates one who simply cannot understand the things of God because he or she does not have the Spirit of God and whose activities are therefore on a merely human level (2:13; 3:3) and part of this age (2:6). In contrast, the age to come, the blessedness of which is described in 2:9, has already been revealed and opened up by the Spirit, so that the person who is truly pneumatikos [‘spiritual’] belongs to the age to come. For Paul then the distinction is no longer merely describing an anthropological dualism but takes on its force from his eschatological perspective.

“It is natural to see similar connotations involved when Paul applies the terms psuchikos [‘soulish’] and pneumatikos [‘spiritual’] to the body in 15:44. Just as sarx [“flesh”] in Paul can stand for ordinary human existence in this age and also take on a negative ethical nuance when this age is seen as evil through the disobedience of Adam, so psuchikos [‘soulish’] has a similarly nuanced meaning. In view in the verses under discussion is particularly the human body as it has become subject to sin and death, while in what follows the neutral sense comes to the fore. On the other hand pneumatkios [‘spiritual’] is to be related to the Spirit and the life of the age to come. Hence the psychical body which is sown is that characterized by the old aeon [‘age’], while it is raised as a spiritual body by virtue of the transformation it has undergone through the Spirit who characterizes the new aeon.

“This conjunction of soma [‘body’] with pneumatikon [‘spiritual’] was bound to be striking and even incongruous to the Corinthians who believed the new aeon and its Spirit to be fully present. The very thing they could not imagine, that the body should be an integral part of such an age [due to their gnostic tendencies], Paul asserts as essential to his perspective. They had to recognize that the Spirit who was presently at work in them would only at the resurrection fully dominate and control their lives and this would be in such a way that their bodies would become spiritual bodies no longer subject to the weakness and perishability of the age (cf. also Rom. 8:11). Thus ‘spiritual’ in connection with body should not be confused with adjectives such as ethereal or immaterial. Nor should it be understood as describing a substance, for just as the psychical body does not describe a body consisting of a psychical substance so neither does the spiritual body signify one made of a spiritual substance. Rather the all important concept involved is that of domination by the Spirit.”

Thus, endeth the reading of Lincoln.

As my alert reader might recognize, Paul’s rebuttal of the proto-gnostic heresy in Corinth serves nicely as a rebuttal to the Hyperpreterist heresy adopted by scores of people on the border of evangelicalism today. By the way, a Coca-Cola bottle is not made of Coca-Cola: it contains Coca-Cola as its dominant product.

One thought on “THE “SPIRITUAL BODY” IN 1 CORINTHIANS”