THE SEVEN SPIRITS OF REVELATION 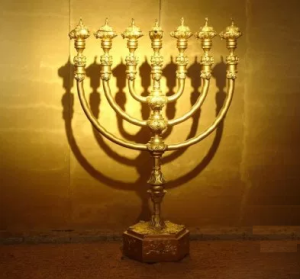 A significant issue debated by Revelation scholars revolves around the “seven spirits” first mentioned in Rev. 1:4 (see also Rev. 3:1; 4:5; and 5:6). That initial text (with a portion of its context) reads:

John to the seven churches that are in Asia: Grace to you and peace, from Him who is and who was and who is to come, and from the seven Spirits who are before His throne, and from Jesus Christ, the faithful witness, the firstborn of the dead, and the ruler of the kings of the earth. (Rev. 1:4–5)

Despite the debate, the evidence strongly suggests that John is speaking of the Holy Spirit when he mentions the seven spirits. Here is some of the evidence.

(2) It would be strange to put angels here before Christ himself since he is the dominant character in the drama and the angels are his subordinates.

(4) The benediction of grace and peace flows equally “from” each of these three persons: apo / apo / apo (1:4–5). This expects a divine source rather than a mixed source such as from God, the divine Christ, and created angelic beings.

(5) The context employs a pattern of threes which would most naturally expect the paralleling of the divine Spirit with the divine Father and Christ. The benediction comes from three (apo / apo / apo, 1:4–5); the Father has a three-fold title (is / was / coming, 1:4); Christ’s identity is presented in a three-fold manner (witness, first-born, ruler, 1:5); and John gives a three-fold benediction rooted in Christ’s work (to him who loves / released / made us, 1:5–6).

(6) Rev expressly rejects any adoration of angels (19:10; 22:8). To elevate angels as a source of grace and peace clashes with this tendency.

(7) In the NT the source of grace and peace — the source of benedictory blessings — is always divine. By way of example, see the Pauline and Petrine benedictions listed above.

(8) The Holy Spirit is the characteristic identification of pneuma in the NT when found in conjunction with or as part of an apparent formula with God and Christ.

In Rev 4:5 the seven spirits of God are called “seven lamps” which reflect Zechariah’s seven lamps (Zec 4:2). In 5:6 the “seven Spirits of God, sent out into all the earth” are associated with the “seven eyes” of the Lamb which allude to Zec 4:10 where “the eyes of the Lord . . . range to and fro throughout the earth.” And in Zec 4 all of this speaks of the work of “My spirit” (Zec 4:6). Zechariah 4 also impacts a later vision in Rev 11:4. Thus, John appears to be associating the seven spirits with Zechariah’s imagery and the work of the Holy Spirit. Furthermore, also back of John’s image appears to be the seven-fold spirit of Christ from Isa 11:2 (LXX) which mentions the “stem of Jesse” (Isa 11:1) which parallels John’s “the Root of David” (5:5).

(10) The following context comports well with the seven-fold spirit. That is, the first vision of Christ (1:12–20) presents him walking among the seven lampstands, which represents the seven churches of Asia (1:20). The seven-fold Spirit would provide the oil in the seven lamps thereby showing the Spirit works through their witness to the world.