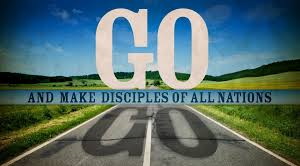 This is the second in a two-part series looking into the relationship between the Great Commission and the Cultural Mandate (Gen 1:26–28). Both mandates feed the postmillennial hope.

There are a few evangelicals who disassociate the Creation (or Cultural) Mandate from the Great Commission, which has also been called the New Creation (or Evangelistic) Mandate. This is an unfortunate mistake that detracts from the greatness of the Great Commission and a proper engagement of the Christian calling in the world. Nevertheless, the two mandates are intimately related. This may be seen from several considerations.

Both Mandates are Granted at Strategic Times

In its setting, the Creation Mandate occurs as the “swelling of jubilant song” at the accomplishment of God’s creative activity. At that time, the creation had just been completed and pronounced “very good” (Gen. 1:31-2:2). Genesis declares that “God finished His work.” The Greek word for “finished” here is suntetelesen, which is based on the root word teleo. On the basis of the completion of God’s work, the joyful declaration is given.

The New Creation Mandate, too, occurs at the climax of divine labor. It was given at the completion of Christ’s work in securing man’s redemption, not long after He declared, “It is finished” (John 19:30). His statement in the Greek is tetelestai, which is based on the root word teleo, the same root found in the statement in Genesis 2:2.

Both Mandates Claim the Same Authority

The ultimate authority of the Triune God specifically undergirds both the Creation and the New Creation Mandates. The Creation Mandate was given directly from the mouth of God, who had just created all reality by means of His spoken word (Gen. 1:26-31). This was the very God who said, “Let Us make man in Our image” (Gen. 1:26), thus indicating His Trinitarian being.

The activity of the later New Creation Mandate is to be performed “in the Name of the Father and of the Son and of the Holy Spirit,” the Triune God (Matt. 28:19). It also was uttered by the very mouth of God: God the Son, who holds “all authority in heaven and earth” (Matt. 28:18) and by whom the universe was created.

Both Mandates are Given to Federal Heads

The Creation Mandate was initially under the federal headship of Adam. By “federal” is meant that Adam did not act just for himself, but for us. When he was tempted in the Garden of Eden (Gen. 2:16-17) and fell (Gen. 3:6ff), he did so in our stead, as our federal head (Rom. 5:14ff). We are all born sinners on the basis of this federal connection with Adam. We do not earn our sinful estate; we are born into it.

The New Creation Mandate is under the continuing headship of the Last Adam, Christ. When Christ lived according to God’s Law through all His trials (Heb. 4:15) and died under that Law (Gal. 4:4), He did so in our behalf, as our federal head (Rom. 5:14ff). Christians are all born again on the basis of this federal headship connection with Christ. We do not earn our righteous standing; we are born into it.

Both Mandates Engage the Same Task

Both the Creation and New Creation Mandates are designed for the subduing of the earth to the glory of God. The Creation Mandate was to begin at Eden (Gen. 2:15) and gradually to extend throughout all the earth (Gen. 1:26-28). It was restated after the Great Flood (Gen. 9:1-7).

The New Creation Mandate, which supplements, undergirds, and restores man ethically to the righteous task of the Creation Mandate, was to begin at Jerusalem (Luke 24:47) and gradually to extend throughout the world (Matt. 28:19). As we will show in the following chapters, the Great Commission sets forth the divine obligation of the true, created nature of man. It seeks the salvation of the world, the bringing of the created order to submission to God’s rule. This is to be performed under the active, sanctified agency of redeemed man, who has been renewed in the image of God.

Both Mandates were Originally Given to Small Groups

It is clear from the New Testament that the few original disciples, though initially intimidated by the resistance to Christ from their native countrymen, eventually overcame their cowardly hesitance. Upon witnessing the resurrection of Christ, they became convinced of the power of God. They received the command to “disciple all nations” on the basis of “all authority in heaven and on earth.” They accepted the obligation to preach the gospel to “every creature” (Mark 16:15).

Both Mandates Require the Same Enablement

As I have shown above, the Creation Mandate establishes a close connection between the interpretive revelation regarding man’s being created in God’s image (Gen. 1:26a, 27) and His command to exercise rule over the creation order (Gen. 1:26b, 28). Man lives up to His creational purpose as He exercises righteous dominion in the earth. God has implanted within man the drive to dominion. The entrance of sin, however, perverted godly dominion into a desire to “be like God” (Gen. 3:5).

In the Logos edition, these volumes by Ken Gentry are enhanced by amazing functionality. Important terms link to dictionaries, encyclopedias, and a wealth of other resources in your digital library. Perform powerful searches to find exactly what you’re looking for. Take the discussion with you using tablet and mobile apps. With Logos Bible Software, the most efficient and comprehensive research tools are in one place, so you get the most out of your study.