THE TWO WITNESSES OF REVELATION (2) 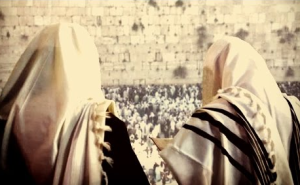 This is the second and concluding article on the identity of the two witnesses in Revelation. In this installment, I present my own view and a portion of my evidence for it.

Third, more probably, the two witnesses may represent a small body of Christians (and maybe even precisely two people) remaining in Jerusalem during the Jewish War (Stuart 2:226-27; cites Wetstein, Daubuz, Lowman, and Zegerus). The three and one-half years are now called 1260 days because it “shows that daily, during this whole time” they prophesy (Düsterdieck 11:314). We know from historical records that Jewish Christians in Judea flee to Pella where they escape the War (Eusebius, Eccl Hist 3:6; Epiphanius, Heresies 29:7; De Mensuris et Ponderibus, 15. Cp. 11:1 with 12:6; cf. Mt 10:23; 24:16; Mk 13:14; Lk 21:21). But perhaps a few remain behind and are designated as “two,” the minimum number for a legal witness in court cases. In fact, the Old Testament prophets function as God’s lawyers representing his covenantal demands upon Israel. They present the Lord’s “case” or “legal charge” (Isa 43:26; 45:21; Jer 2:35; Mic 6:1; 7:9; 4:1; 12:2) against the disobedient, covenant-breaking people (Jer 11:7-8; 31:32). The judicial character of Revelation would support this identity.

Caird inadvertently validates this approach while seeking to rebut it: “If the witnesses were two individual Christians, the city in which they died would have to be a city in the narrow, literal sense; and this hypothesis leads, as we have seen, to a reductio ad absurdum” (Caird 138). Contra Caird, I have shown that strong evidence supports the Jerusalem identity. So then, on Caird’s analysis we may expect that the literality of the city entails the literality of the prophets.

Keys to the Book of Revelation
(DVDs by Ken Gentry)

Provides the necessary keys for opening Revelation to a deeper and clearer understanding.

Unfortunately, we do not have historical documents recording the presence of a Christian witness in Jerusalem at this time. This is due to the lack of any Christian eyewitness account of the Jewish War: Josephus was a Jew, not a Christian. We do know, however, that Christ prophesies about the Christian witness to Israel during the era leading up to Jerusalem’s fall (Mt 24:9-13; Mk 13:9-13; Lk 21:12-16). We also discover that later Christians were quite mindful of the significance of Christ’s prophecy regarding the fall of Jerusalem (For instance, see: Barnabas (ca. 100), 16:1ff. Justin Martyr (147), First Apology 32; 47; 53).

Stuart suggests that these two witnesses are “a competent number of divinely commissioned and faithful Christian witnesses, endowed with miraculous powers” who “bear testimony against the corrupt Jews, during the last days of the Commonwealth, respecting their sins” (Stuart 2:226). This will be the perspective of the following exposition, although neither the first (especially) nor second (less likely) possibilities are wholly discounted. After all, as per the first option, Christianity is the continuation of Israel, the “Israel of God” (Gal 6:16; see exposition of Rev 12; see also: Gal 3:29; Ro 2:28-29; Php 3:3; 1Pe 2:5, 9). And the second possibility is certainly true: the law and the prophets testify of Christ (Mt 11:13; Lk 24:47; Jn 5:39; Ac 17:2-3; 18:28) while the Jewish social order and national experience typifies him (e.g., Mt 2:15/Hos 11:1; Mt 3:17/Is 42:1; Mt 4:7/Dt 8:2; Mt 21:42/Ps 118:22). Thus, Israel now functions in Revelation as the pagan enemy of God, just as were Egypt before Moses and the Baal-worshipers before Elijah. Interestingly, “the most important Jewish settlement in the Diaspora was in Egypt” during the first century.

Even though we cannot be sure what historical situation John may have had in mind when he wrote his account of the mission and fate of the two witnesses, we get some clues from the sigificant parallels between Revelation 8-11 and Jeremiah 4-6 Throughout that section of Jeremiah there are mentions of a trumpet sounding (4:5, 19, 21; 6:1, 17; cf. the seven trumpets in the Book of Revelation); the heavens are to become black (Jer 4:28 cf. Rev 8:12; 9:2); the prophet’s words are to become a fire which will destroy the people of Judah because of their harlotry and their complacent confidence that Yahweh will take no action against them. Because of all this the nation is to be conquered and taken captive (Jer 5:7-17, especially v 14; cf. Rev 11:5). Jer 6:1-8 warns specifically of the siege and destruction of Jerusalem. All this suggests that John’s description of the ministry of the witnesses may well be intended to signify that their message was one of judgment on Jerusalem and the nation of Israel.” (Beagley, 66)”

Survey of the Book of Revelation
(DVDs by Ken Gentry)

Twenty-four careful, down-to-earth lectures provide a basic introduction to and survey of the entire Book of Revelation. Professionally produced lectures of 30-35 minutes length.

16 thoughts on “THE TWO WITNESSES OF REVELATION (2)”