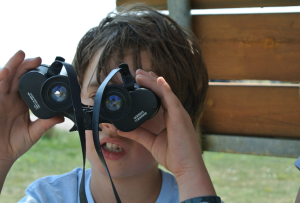 Hyper-preterism may be a small movement, but it is a vociferous one. Hyper-preterists believe that the eschatological expectations in Scripture were all fulfilled in the destruction of the temple in AD 70 which closed the old covenant era. Though they are correct in noting the overlooked significance of AD 70, they are incorrect in applying all eschatology to that event.

One of their favorite passages is Acts 24:14–15. In this passage we come upon passage that is significant to the debate. There Paul writes:

But this I admit to you, that according to the Way which they call a sect I do serve the God of our fathers, believing everything that is in accordance with the Law and that is written in the Prophets; having a hope in God, which these men cherish themselves, that there shall certainly be a resurrection of both the righteous and the wicked.

This text is re-interpreted by Hyper-preterists in order to counter the historic Christian position on the resurrection. The evidence that the Hyper-preterist draws from this text is supposedly found in the Greek phrase that is here translated: “there shall certainly be a resurrection.” The Greek words behind this English translation are: anastasin mellein esesthai.

Hyper-preterism seizes upon the word mellein (from the Greek verb mello) and argues that it should be translated “about to.” That is, they would translate this phrase: “there is about to be a resurrection.” According to them, therefore, Paul is stating that he is expecting the resurrection to occur soon (i.e., at AD 70).

Unfortunately for the Hyper-preterist, this is a misreading of Paul that they wrongly employ to support their theological error. In this two-part series on Acts 24:14–15 I will demonstrate the lexical, syntactical, and contextual errors inherent in the Hyper-preterist analysis. I will deal with the first of these in the current article, then the other two in the next one. So, let’s begin with the:

First, lexically the word mello has several possible meanings. That is, it does not simply mean “about to,” as the Hyper-preterist argument requires. Indeed, it is a rather ambiguous term. Greek scholar Daniel B. Wallace has written an important Greek grammar titled, Greek Grammar: Beyond the Basics: An Exegetical Syntax of the New Testament (1996). On p. 536 of this work he speaks of “the ambiguity of the lexical nuance of mello (which usually means either ‘I am about to’ [immediacy] or ‘I will inevitably’ [certainty]).”

This is widely recognized by lexicographers. For instance, the Exegetical Dictionary of the New Testament (2:404) declares: “Clearly … mello does not always have a fixed meaning.”

Below I will cite a few technical sources for the definition and explanation of mello. Please be aware: when I cite these lexical sources I will expand the abbreviated (space-saving) terms rather than encumber the reader with [bracketed] expansions. Other than this, the citations are exact.

The Baur-Arndt-Gingrich-Danker Lexicon exposes some of the ambiguity by offering the following definitions of mello:

“1. to take place a future point of time and so to be subsequent to another event, be about to, used with an infinitive following…. 2. to be inevitable, be destined, inevitable…. 3. The participle is used absolutely in the meaning (in the) future, to come…. 4. delay….”

In the Louw-Nida Greek-English Lexicon of the New Testament Based on Semantic Domains (vol. 1) we read the three leading meanings of mello:

In the Exegetical Dictionary of the New Testament (2:403) we read the following definitions: “intend, be about to, will (as auxiliary verb for the future), be destined to; consider, hesitate, delay.”

The ambiguity of mello is clearly seen in these lexical definitions. The term can even have opposite meanings, speaking either of a soon-coming event or a delay! It is not helpful to a new movement to base an important argument on the single appearance of an ambiguous verb in an attempt to overthrow 2000 years of Christian orthodoxy. This lexical evidence alone renders void this particular Hyper-preterist argument. But this evidence does not stand alone: there is more!

To be continued in the next article.