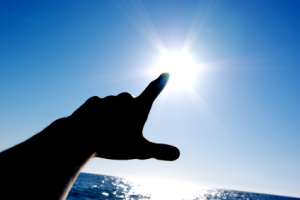 This is the last in a three-part series that is basically citing verses demonstrating God’s sovereignty over the affairs of the world. It is important that postmillennialists always bear in mind that, no matter what the current external circumstances may suggest, God is in control He sovereignly ordains whatsoever comes to pass. He graciously and sovereignly saves sinners; and he will continue to do so until this world is overwhelmed by the presence of his grace-filled people.

In this series I am basically citing one Scripture after another in demonstration of God’s marvelous sovereignty. God’s word is more compelling than mine in expressing the postmillennial hope. And his word’s statements on his sovereign and gracious power should encourage us to recognize that he has a plan that he intends to fulfill by his almighty power.

Thine eyes have seen my unformed substance; / And in Thy book they were all written, / The days that were ordained for me, / When as yet there was not one of them. (Psa 139:16)
Remember the former things long past, / For I am God, and there is no other; / I am God, and there is no one like Me, / Declaring the end from the beginning / And from ancient times things which have not been done, / Saying, “My purpose will be established, / And I will accomplish all My good pleasure.” (Isa 46:9–10)

For to do whatsoever thy hand and thy counsel determined before to be done. (Acts 4:28)

And when the Gentiles heard this, they were glad, and glorified the word of the Lord: and as many as were ordained to eternal life believed. (Acts 13:48)

We speak God’s wisdom in a mystery, the hidden wisdom, which God predestined before the ages to our glory. (1 Cor 2:7)

Blessed be the God and Father of our Lord Jesus Christ, who has blessed us with every spiritual blessing in the heavenly places in Christ, just as He chose us in Him before the foundation of the world, that we should be holy and without blame before Him in love, having predestined us to adoption as sons by Jesus Christ to Himself, according to the good pleasure of His will, to the praise of the glory of His grace, by which He made us accepted in the Beloved. (Eph 1:3–5)

He has saved us, and called us with a holy calling, not according to our works, but according to His own purpose and grace which was granted us in Christ Jesus from all eternity. (2 Tim 1:9)

For there are certain men crept in unawares, who were before of old ordained to this condemnation, ungodly men, turning the grace of our God into lasciviousness, and deny–ing the only Lord God, and our Lord Jesus Christ. (Jude 4)

Then the King will say to those on His right, ‘Come, you who are blessed of My Father, inherit the kingdom prepared for you from the foundation of the world.’ (Matt 25:34)

Who shall lay any thing to the charge of God’s elect? It is God that justifieth. (Rom 8:33)

For the children being not yet born, neither having done any good or evil, that the purpose of God according to election might stand, not of works, but of him that calleth. (Rom 9:11)

Even so then at this present time also there is a remnant according to the election of grace. . . . What then? Israel hath not obtained that which he seeketh for; but the election hath obtained it, and the rest were blinded (according as it is written, God hath given them the spirit of slumber, eyes that they should not see, and ears that they should not hear) unto this day. (Rom 11:5, 7–8)

But we should always give thanks to God for you, brethren beloved by the Lord, because God has chosen you from the beginning for salvation through sanctification by the Spirit and faith in the truth. (2 Thess 2:13)

I charge thee before God, and the Lord Jesus Christ, and the elect angels, that thou observe these things without preferring one before another, doing nothing by partiality. (1 Tim 5:2)

Paul, a servant of God, and an apostle of Jesus Christ, according to the faith of God’s elect, and the acknowledging of the truth which is after godliness; in hope of eternal life, which God, that cannot lie, promised before the world began. (Tit 1:1–2)

Elect according to the foreknowledge of God the Father, through sanctification of the Spirit, unto obedience and sprinkling of the blood of Jesus Christ: Grace unto you, and peace, be multiplied. (1 Pet 1:20)

The church that is at Babylon, elected together with you, saluteth you; and so doth Marcus my son. (1 Pet 5:13)

Wherefore the rather, brethren, give diligence to make your calling and election sure: for if ye do these things, ye shall never fall. (2 Pet 1:10)

Faith of Our Fathers (DVDs by Ken Gentry)
Explains the point of creeds for those not familiar with their rationale.
Also defends their biblical warrant and practical usefulness.
See more study materials at: www.KennethGentry.com

Though I did not expound the teaching of these verses, we can at least see that the notion of God’s absolute sovereignty is abundantly displayed in Scripture. A theme appearing that frequently and in such a wide range of passages employing such an array of terms shows that it is not some side issue in the Bible. Perhaps opponents of predestination may spin a few verses as a means of countering the doctrine, but they will become quite dizzy if they attempt to spin such a great mass of evidence.

Have hope, postmillennialists! Our God reigns!